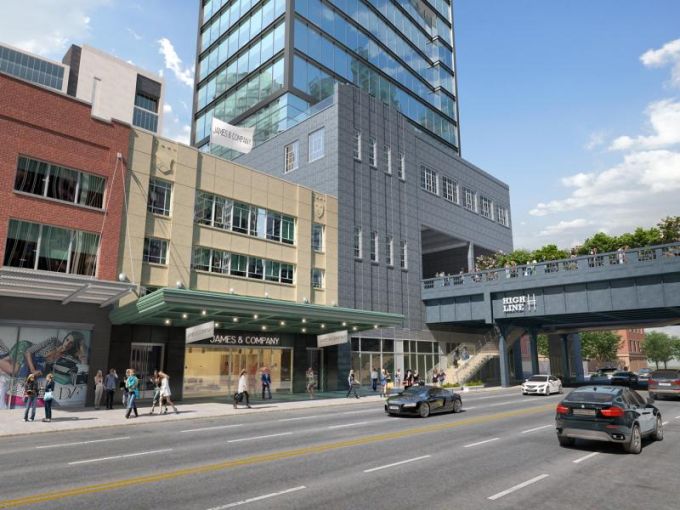 The luxury fashion brand Gucci is 100 years old this year and it’s marking the milestone in style.

Gucci is opening pop-up stores across the United States, with one at 446 West 14th Street in New York’s very own Meatpacking District. The pop-up encompasses the entire 26,600-square-foot building, according to a source familiar with the deal.

The Thor Equities-owned building Gucci chose between Washington Street and 10th Avenue was built in 1936, according to PropertyShark. The ground floor of the pop-up — which opened this past Saturday — is accessible to the public while the upper floors and rooftop will be open by appointment only. It is Gucci after all!

The Meatpacking District building has a history with luxury pop-ups. Chanel hosted one at the building in September 2015 to launch a new watch line, Observer reported. And Porsche hosted another that same year, when asking rents were as high as $450 per square foot for the space, Commercial Observer reported.

The Gucci pop-up will only be around for a few months, until December, the source said. It’s unclear if the store will have the same musical theme Gucci has adopted for its other pop-ups, focusing on singers and songwriters who’ve mentioned the fashion brand in their songs. Items designed for the anniversary include lyrics from songs mentioning the brand throughout the 1980s to early 2000s, CR Fashion Book reported.

Thor bought the three-story building in March 2007 for $23.4 million, as CO has reported. Thor declined to comment on the deal. It was not immediately clear who represented Thor or Gucci in the transaction, and the fashion company did not respond to requests for comment.