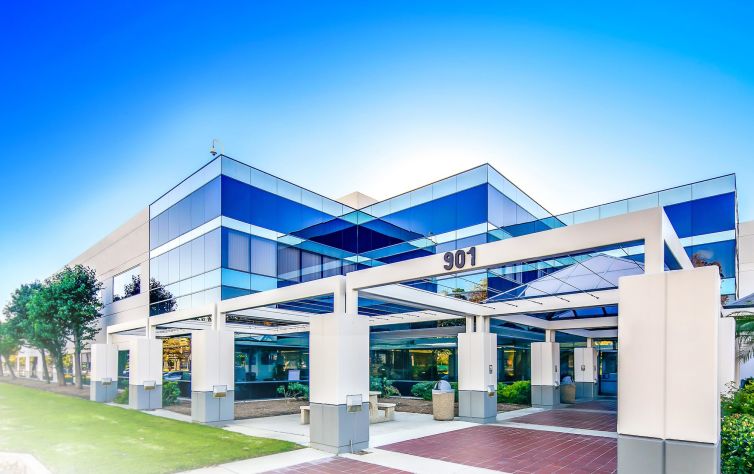 It’s located at 901 Corporate Center Drive just off the 10 and 710 freeways in the city of Pomona. It’s currently leased to Lereta, a tax and flood service provider. Photo: Newmark

After being renovated last year, a 96,365-square-foot office in the eastern part of Los Angeles County has traded for roughly 237 percent more than when it last sold in December 2017.

Foremost Companies sold the fully leased Class A building called 901 Corporate for $28.1 million, or $291 per square foot, to The Korda Group. It’s located at 901 Corporate Center Drive just off the 10 and 710 freeways in the city of Pomona. It’s currently leased to Lereta, a tax and flood service provider. Property records show Foremost last acquired the property for $11.8 million almost four years ago.

Newmark announced the deal and represented both the buyer and the seller. Foremost and Korda did not respond to requests for comment.

Pomona is in the Eastern San Gabriel Valley submarket, which is moreso known for its industrial and multifamily activity, but hosts 7.4 million square feet of office inventory, according to Newmark. The submarket registered an office vacancy rate of 10.8 percent as of the third quarter, with average Class A asking rents averaging $2.50 per square foot per month.