Evergrande Collapse Unlikely to Impact US CRE Market, But Might Have Some Upside

U.S. commercial real estate should feel little effect from the collapse of China’s second-largest developer — in fact, there might be upside 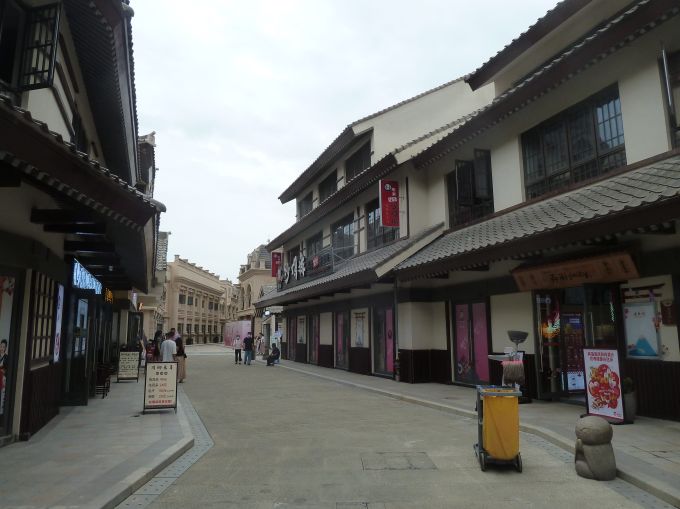 WILL IT WILT? The 2,000-acre Ocean Flower Island in Hainan is one of 1,300 Evergrande developments. Photo: STW932/via wikkicommons

Life is not so grand for China Evergrande Group. That doesn’t mean the blues for U.S. real estate investors or owners, however.

The Chinese property giant is saddled with more than $300 billion in liabilities and $88.5 billion of debt, causing alarm worldwide that China is experiencing its own “Lehman moment,” referring to the 2008 bankruptcy of Lehman Brothers investment bank in the U.S. that led to a global financial crisis.

As a result of the crumbling of China’s second-largest private property developer, many stock market indices dropped last month. Families who invested their life savings in pre-sold unfinished homes, along with suppliers, contractors, employees, creditors and banks, are out significant sums.

But, there are some signs that the property developer’s debt woes are contained abroad, and will not much affect commercial real estate stateside.

“This is not comparable to distress in a large financial institution, where there may be direct exposures around the world,” said economist Sam Chandan, dean of New York University’s Schack Institute of Real Estate. “The exposure of U.S. institutions to the portfolio would be limited.”

“In terms of the implications for us, there’s not a lot of direct United States exposure,” Powell told reporters after the Fed’s Sept. 22 policy meeting, per Reuters. “The big Chinese banks are not tremendously exposed, but you would worry it would affect global financial conditions through global confidence channels and that kind of thing. But I wouldn’t draw a parallel to the United States corporate sector.”

Hong Kong-listed Evergrande Group, with more than 100,000 employees, owns more than 1,300 developments (800 of them reportedly incomplete) in more than 280 cities in China, according to its website. Its holdings include the under-construction, 2,000-acre (equal to three LaGuardia airports) Ocean Flower Island artificial archipelago in Hainan, and Evergrande Huazhi Plaza in Chengdu, which includes a shopping mall, an office tower, a St. Regis hotel and residential units. As Asia’s biggest junk-bond issuer, Evergrande is ranked 122nd on Fortune’s Global 500 list with $73.5 billion in revenue, as of early August. Evergrande did not respond to a request for comment.

In a letter to employees from Evergrande Chairman Xu Jiayin that leaked online on Sept. 21, the company head tried to reassure his employees, saying, “I am convinced that through the joint efforts and hard work of leaders and employees at all levels, Evergrande will surely walk out of the darkness as soon as possible.”

Like other real estate companies, Evergrande was impacted by the pandemic, in addition to Beijing cracking down on debt and slapping fresh restrictions on home sales. As has been reported, the debt-laden company’s shares lost more than 80 percent of their value this year.

The fate of the Hong Kong Stock Exchange-listed Evergrande is not clear, as the company teeters on the brink of default and Beijing isn’t stepping in to bail it out.

But the Shenzhen-based company has maneuvered to stave off some of its financial troubles.

Evergrande made domestic interest payments to creditors as the Chinese central bank put money into the banking system, though it missed its interest payment to offshore bondholders, Reuters reported. Meanwhile, Evergrande said it would sell a 20 percent stake in a regional bank to the local Shenyang government for the equivalent of $1.55 billion, with the proceeds used to settle debts with the lender. Lastly, Evergrande hired Houlihan Lokey and Admiralty Harbour Capital to jointly advise on restructuring the developer’s finances.

Evergrande is part of a sector that comprises as much as 28 percent of China’s economy, per the Financial Times. While real estate has been in a “bubble” for the last 15 years, cracks are starting to show as a result of the government “cracking down on risky property developers,” said Sara Hsu, visiting scholar at Shanghai-based Fudan University. “I think many people are aware of the real estate bubble in China, but it has not been vulnerable because the government hasn’t allowed it to be.”

The problem is that with few other good assets to fund, “investors continue to purchase properties and prices continue to rise,” added Hsu, who is an expert in Chinese fintech, economic development, informal finance and shadow banking.

The potential collapse of Evergrande could lead to an uptick in Asian real estate investment in the U.S. “We may observe assumption in the desire of some investors to diversify their real estate holdings to include the United States and other Western markets,” NYU’s Chandan noted.

Alex Foshay, vice chairman and divisional head of international capital markets at Newmark, said that while his team has not seen capital flows coming out of mainland China, there are real estate investors hailing from Hong Kong looking “in earnest in the U.S.” The same goes for high-net-worth investors from Taiwan, a pool of buyers “we’ve never seen before,” he added.

So what’s going to happen to Evergrande?

Hsu thinks the government will step in to prevent a collapse and to stabilize things.

“The government is likely to force Evergrande to repay as much of its debt as possible, and [will] step in at the last minute to shore up obligations that might create systemic risk if they are defaulted upon,” she said.

CBRE predicts that the Chinese company is likely to undergo restructuring and reorganization, according to a research brief on Evergrande.

“Such restructurings will likely require lenders and investors, particularly foreign bond holders, to take a haircut on the debt they are owed,” the brief said. “CBRE believes the most likely scenario is for the Chinese central government to extend the debt maturity of domestic bank lending and liquidity to selected developers that meet the three red lines policy [which caps borrowing] to avoid a wider ripple effect on the economy and real estate market.

“In the case of Evergrande, asset disposal will be a viable strategy for the company to meet its short-term liabilities.”