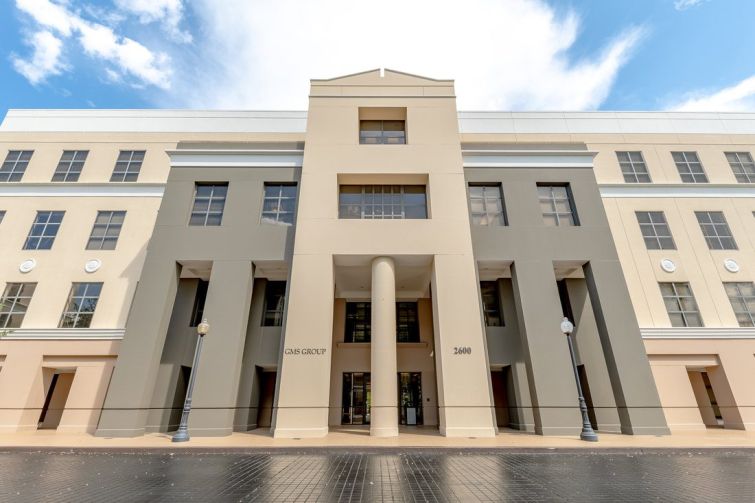 One of three office buildings that make up Fountain Square in Boca Raton. Photo: Bridge CRE

Canadian Imperial Bank of Commerce (CIBC) has supplied $56.5 million in acquisition debt to a joint venture between IP Capital Partners and Edge Principal Advisors to acquire a Class A office campus in Boca Raton, Fla., Commercial Observer has learned.

The floating-rate acquisition financing went toward the joint venture’s buy of Fountain Square, a roughly 243,000-square-foot office campus built around a central courtyard with a fountain in the middle, hence the name of the asset.

A representative of CIBC confirmed that the bank had made the loan, but declined to comment further.

JLL’s Chris Drew, Maxx Carney, Reid Carleton and Jimmy Calvo comprised the team that sourced and arranged the debt on behalf of the borrowers.

“We are pleased to have advised [the borrowers] in the capitalization of Fountain Square,” Drew said. “The debt market’s robust response to this opportunity demonstrated the lending community’s confidence in the new owner’s stature as one of the best office operators in the southeastern United States, as well as lender’s conviction in the strength and resilience of the Florida office market.”

The three-building property is situated on a 15-acre site at 2600-2700 North Military Trail in Boca Raton, next to Interstate 95 and surrounded by a variety of other offices and about 2 million square feet of retail, including Simon Property Group’s 1.8-million-square-foot mall, the Town Center at Boca Raton, according to data from JLL. Fountain Square also includes 873 surface parking spaces, as well as canopy parking, according to a property brochure released by Cushman & Wakefield (C&W).

Bridge Commercial Real Estate and Denver-based private equity firm Ascentris were the sellers in the deal, having owned and managed it for a number of years up until Sept. 30, according to information from a representative for the company and from an emailed response CO received from an official who was in charge of managing of the property.

“[We’re] is very pleased with the outcome of this investment,” Ascentris Managing Director and Partner Tricia Noble said. “The recent leasing velocity at the property demonstrates the continued demand for well-amenitized office space in growth markets. The investor interest in the property was very strong, as we are continuing to see in many of the top markets around the country.”

In the few years between when the Contrarian Capital-led JV sold the property and the previous owners offloaded it last month, a number of renovations had been completed, including new signage, fresh coats of exterior paint, updated landscaping, parking lot upgrades, and improvements to the central fountain and common areas, according to the C&W brochure. A new café in one of the buildings was also added, as well as a new covered lounge area with outdoor seating and 23,000 square feet worth of “move-in-ready spec suites customizable for a wide array of users,”  according to information from Bridge.

Overall, nearly $5 million was spent to improve the site, according to Bridge, which has overseen more than 121,000 square feet of leasing activity at the property since buying it in 2017. They have also completed more than 54,000 square feet of new or expanded lease agreements in 2021. Fountain Square includes a wide mix of tenants, including those in the banking and financial services sectors, legal, medical and dental, and real estate.

“Bridge’s playbook in repositioning office space for the new needs of today’s workforce and ability to think ahead of the curve enabled us to add significant value for our investment partners on this project,” said Kelly Kuykendall, a managing director of asset management at Bridge. “The improvements we have made at Fountain Square over the last few years and overall attention to detail were key factors in the success of the asset, creating a clean, fresh and modern workplace where tenants wanted to be, even through a pandemic. Balanced rent rolls and the ability for the new owners to capitalize on our investment position the building for a bright future in the decade ahead.”

Officials at IP Capital Partners and Edge Principal Advisors did not respond to inquiries prior to publication.

This story was updated after publication to include additional information and commentary from the sellers, Bridge Commercial Real Estate and Ascentris.