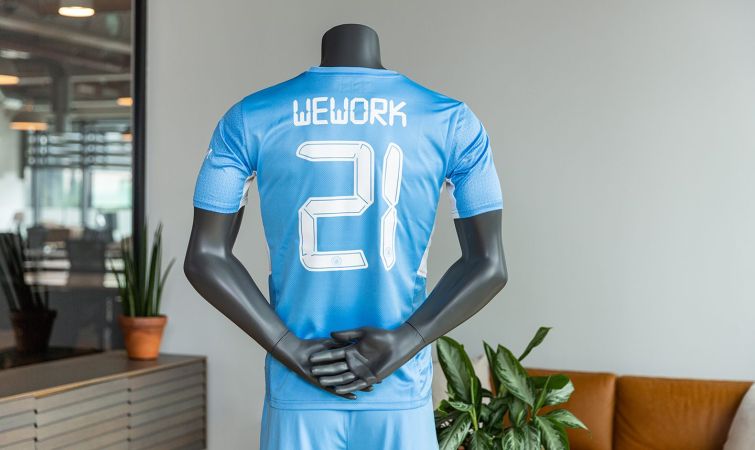 As part of the agreement, Manchester City set up two permanent offices in WeWork locations in London and Singapore, and the club’s staff will be allowed to use any of the coworking company’s locations around the world, according to WeWork.

New York City FC won’t have dedicated offices in a WeWork, but the agreement gives its staff WeWork All Access passes that allow them to use any WeWork location.

A spokesperson for WeWork declined to provide the financial terms and the length of the agreement.

“As part of an organization operating globally, it is important we provide access to high-quality, flexible facilities for our staff to help us harness innovation, collaboration and drive success,” Stephan Cieplik, senior vice president of global partnership sales for City Football Group, said in a statement.

WeWork has faced a rocky few years coming off of its high-profile, botched initial public offering and an emptying of its spaces due to the coronavirus pandemic. Its revenue dropped from $881.7 million in the first quarter of 2021 to $593.4 million in the second quarter of this year, while its net losses jumped to $888.8 million.

But the coworking giant — which is in the works to go public via a special purpose acquisition company — has announced a wave of new partnerships in recent months.

It was also one of five coworking companies to nab the first-ever $10 million contract to provide flexible office space to federal government agencies and workers.

“Our goal at WeWork is to inspire and enable teams to work together in more flexible and collaborative ways through our intentionally designed spaces in top markets around the world,” WeWork Chief Marketing Officer Roger Solé said in a statement. “It is great to see the two Clubs recognize how WeWork can provide the right workspace to foster their innovative culture and we look forward to seeing their teams thrive as part of the WeWork community.”