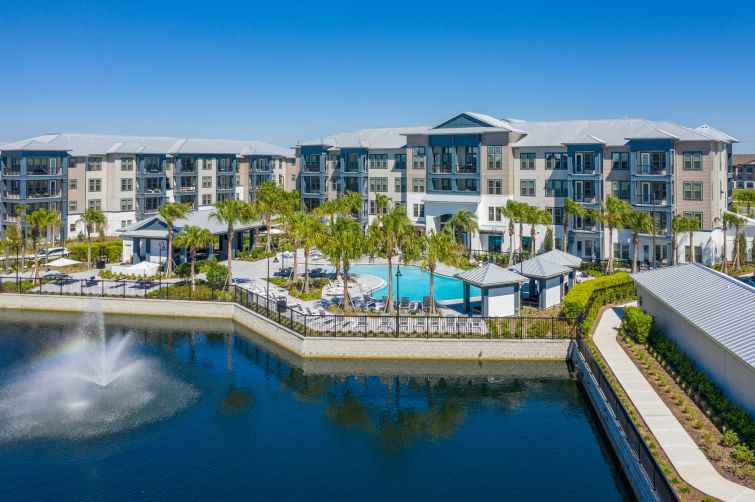 WayPoint Residential has secured roughly $41.3 million in agency-backed financing originated by Newmark to finance its acquisition of a newly-built multifamily community in Orlando, Fla., Commercial Observer has learned.

The Freddie Mac-insured acquisition loan funded about 43 percent of the cost of the $95.5 million purchase of Alta Headwaters from development and property management firm Wood Partners, according to Newmark, which arranged the sale and the origination of the debt.

The sale closed last month, according to information from Wood Partners’ website.

Wood Partners has a rather sizable collection of Alta-branded multifamily properties within its portfolio, adding Alta Headwaters to the fray last year upon completing construction on the 328-unit asset. WayPoint has moved to rename the property Luma Headwaters, according to Newmark.

Officials at Wood Partners could not be reached. Representatives for WayPoint did not respond to an inquiry about the transaction.

“Luma Headwaters is a prime example of the strength of the Orlando multifamily market as the property began leasing in late summer of 2020,” Ramey said. “The property averaged over 30 leases per month and was able to achieve over 90 percent leased [capacity]  in less than nine months, all while increasing rents by more than 10 percent along the way.”

The gated property is located at 4000 Headwaters Way, just 12 miles south of the heart of Orlando and just a few blocks away from the intersection of the Martin Andersen Beachline Expressway and the South John Young Parkway — two major thruways in the area. It is close to a range of shopping and food and beverage offerings, as well as local schools in Freedom Middle School and Freedom High School.

Luma Headwaters spans nearly 314,600 square feet and includes a four-story elevator building, as well as mix of community amenities, such as a clubhouse building, a cyber cafe, a fitness center, a lounge with a pool table and games, a leash-free dog park and pet washing station, barbecue areas, detached garages, and a saltwater pool with a sundeck and cabanas and a covered pavilion.

“Given Waypoint Residential’s proven track record along with the property’s incredible lease-up, we were able to procure interest from numerous lenders including life companies and the agencies,” Williams said. “Ultimately, Freddie Mac provided the most aggressive terms and the best closing execution based on their long standing relationship with [the borrower].”