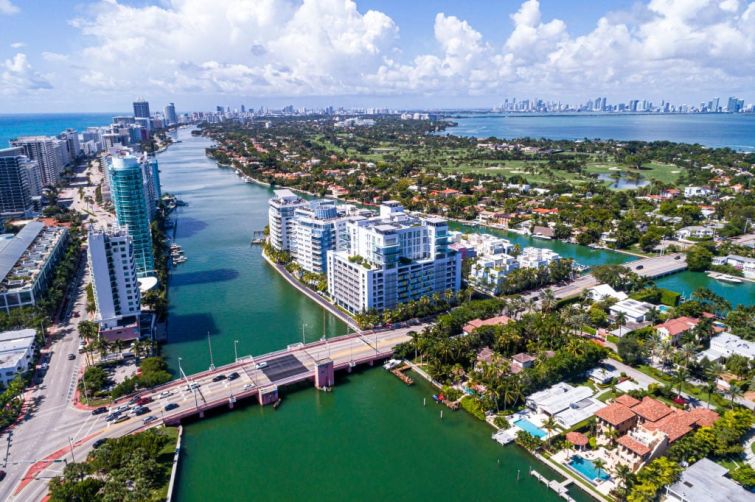 As businesses, remote workers and snowbirds migrate to South Florida, the region’s residential market continues to soar, despite some markets posting their first monthly dips this year, according to data from the Miami Association of Realtors.

Across South Florida’s three counties — Miami-Dade, Broward and Palm Beach — the median sale price for single-family homes rose by approximately 20 percent to $500,000 between August and a year prior. Despite the yearly increase, this marks the first price drop in Miami-Dade and Palm Beach counties this year, with home prices falling 2.8 and 4 percent, respectively, between July and August.

All counties also surpassed a billion dollars in total sales, with Miami-Dade County coming out on top, growing 37 percent year over year, to hit $1.4 billion in sales.

Inventory is becoming scarce. In Miami-Dade and Broward counties, the number of homes on the market dropped by about a third, and in Palm Beach County, by 44 percent.

With inventory in short supply and prices potentially at a peak, the number of sales for single-family homes slipped, dropping by 3.5 and 2.8 percent in Miami-Dade and Broward counties, respectively, and as much as 10.7 percent in Palm Beach County.

The condo market is still booming overall, similar to that of the house market.

The median sale price for a condo rose by an undramatic 10.1 and 7.9 percent in Palm Beach and Broward, respectively, year over year. Miami-Dade was the outlier, with condo prices rising 26.4 percent since last August to $335,000.

Like with the single-family market, the median sale price in Miami-Dade and Palm Beach experienced their first monthly drops this year, decreasing by 1.4 and 0.4 percent between July and August. Traditionally the cheapest, Broward was the only market to see price growth, with median sale figures increasing by 2.3 percent month over month.

Even with its monthly fall, Miami’s county continued to outpace its neighbors, with total sales volume growing a whopping 129.2 percent to $1.1 billion year over year. Broward and Palm Beach increased by 61.9 and 41.4 percent, respectively, to just over $500,000.

Despite the supply of condos on the market falling by about half across the three counties, the number of sales continued to surge — unlike the single-family housing market. The number of closed sales grew by 26.8 and 20.7 percent in Broward and Palm Beach, respectively. Miami-Dade, once again, came out on top with a growth rate of 70 percent.