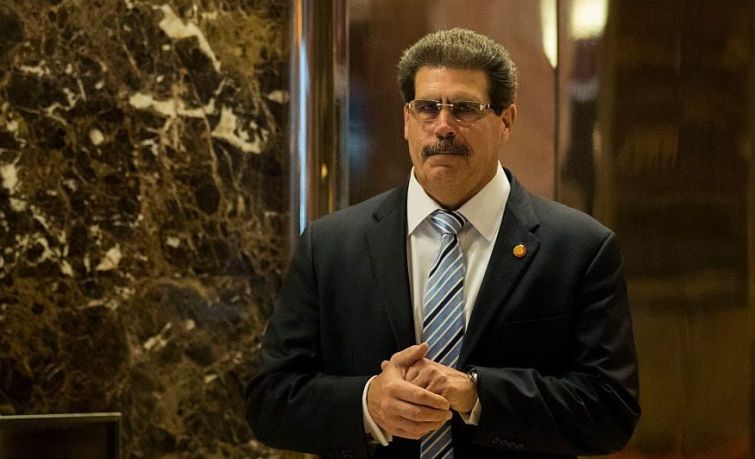 There might be something fishy about Matthew Calamari, according to the Manhattan District Attorney’s office.

The office is looking into whether Calamari, chief operating officer at the Trump Organization, benefited from a tax evasion scheme lasting for more than a decade, The New York Times reported.

Just two months ago, the DA’s office indicted Allen Weisselberg, the Trump Organization’s chief financial officer, for evading taxes on perks allegedly funneled to him by the organization, including a luxury Upper West Side apartment, private school tuition for relatives, and leased Mercedes-Benz vehicles for himself and his wife.

Calamari, who started as ex-president Donald Trump‘s bodyguard and, over the course of four years, rose to become COO, might also be charged in the investigation headed by Manhattan District Attorney Cyrus Vance​​, though it’s unclear what path prosecutors will take. His son and the corporate director of security at the Trump Organization, Matthew Calamari Jr., testified in front of a grand jury on Thursday, NYT reported.

If Calamari is not charged, prosecutors could seek his testimony as part of a wider investigation into Trump and the organization that bears his name. Prosecutors are examining whether Trump or his firm committed tax, insurance or bank-related fraud, and witnesses who appear before the grand jury receive immunity from prosecution on the subject of their testimony, under state law, per NYT. However, they cannot refuse to testify and, if they lie, they can still be charged with perjury.

The Trump Organization’s controller, and the person responsible for handling the elder Calamari’s taxes, Jeffrey McConney, is also expected to testify, NYT reported. Trump and his eldest children have not been accused individually of wrongdoing in Vance’s case. The district attorney’s office declined to comment on the investigation.

The investigation may further hamper the organization and its founder’s business, which are both coming off of some particularly rough years. After Trump supporters stormed the U.S. Capitol to try to overturn the 2020 election, Deutsche Bank, Trump’s largest conventional lender, announced it would no longer do business with him; and Signature Bank dropped the ex-president’s firm and as a personal client. The pandemic crushed Trump’s hospitality businesses as well, causing its revenue to plummet.

The Trump Organization and Calamari’s lawyer, Nicholas A. Gravante Jr., did not immediately respond to requests for comment.