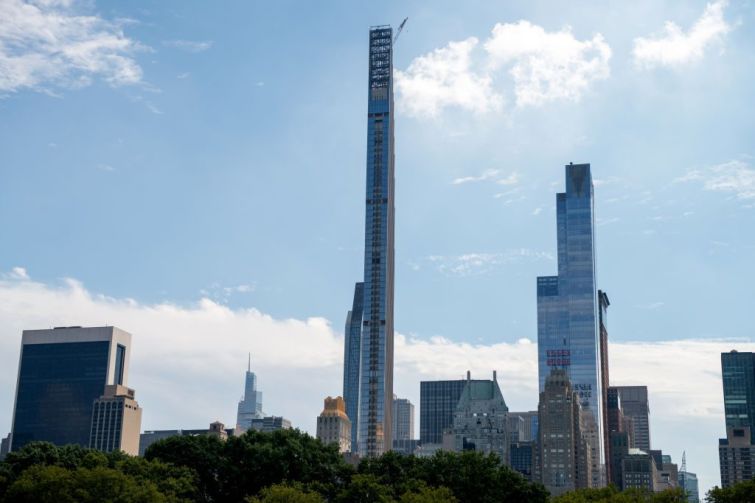 The rich are returning to their roosts.

Luxury homes in Manhattan are selling at a frenzied pace this year, after wealthy buyers returned to the city they fled during the pandemic.

Sales of condos, co-ops, and townhouses priced at $4 million and above reached $11.4 billion through the end of September, according to Olshan Realty’s weekly contract report for Sept. 20 to Sept. 26.

The past nine months of sales have been greater than any yearly total since Olshan began tracking Manhattan transactions in 2006, and already more than doubled last year’s total of $5.1 billion.

“Sales have been on a tear,” Donna Olshan, president of Olshan Realty, said. “The market has been very good this summer.”

So far this year, there have been 1,324 luxury property sales, a 105 percent jump from last year when 645 transactions occurred, and a 42 percent boost from 2019 when 945 sales occurred, the Olshan report said.

Others have noticed the trend, too. The number of newly signed contracts for homes that sold for more than $4 million rose 190 percent from August 2020 to August of this year, according to Douglas Elliman’s new signed contract report for that month. At the same time, the number of new listings are down 68 percent, so what’s on the market is getting snatched up.

“We’re seeing significant strength,” said Jonathan Miller, a real estate appraiser for Douglas Elliman, who tracks residential transactions. “Price segments between $4 and $5 million, $5 and $10 million, and $10 to $20 million are all up sharply. There wasn’t one subset outperforming others.”

Much of the flurry of sales is due to pent-up demand months after a global pandemic forced people to quarantine in place; bolt for suburban Suffolk, Fairfield and Westchester counties; or jet to Miami.

Once vaccines became more widespread, the exceedingly mobile 1 percent returned to a city that has largely kept the coronavirus at bay, including many newcomers from places as far away as California, though international buyers have not yet invested their rubles and riyals in it.

“The high-end market left early and was late to come back because they’re more mobile,” Miller said. “Now, inbound migration is coming from all over the country.”

Olshan placed the market’s resurgence in February, when she tallied 144 luxury home sales, or 36 contracts per week. A normal week for Olshan’s team involves verifying 20 sales per week. This year, there have been 27 weeks with 30 or more sales. Of those, eight weeks had 40 or more transactions.

“It was hell doing this report then,” Olshan said. “Are you kidding? Hell. We verify every sale. We email every broker.”

Inventory had been piling up during the pandemic, while the stock market doubled and interest rates remained low, allowing wealthy buyers to take advantage of a perfect storm of relatively lower prices for a high-end product. (Let’s not kid ourselves. The median asking price for a luxury home last week was still $6 million, and the average discount from original ask to closing price was only 6 percent.)

Buyers are purchasing larger homes this year, too. The average condo sold this year is 8 percent bigger than in previous years, and 75 percent more townhouses have gone to contract so far this year than all of last year.

“People are going for larger spaces. They needed it during the pandemic,” Olshan said. “People are trying to control their own space, get a garden, terraces, and not have to deal with walking into an elevator.”