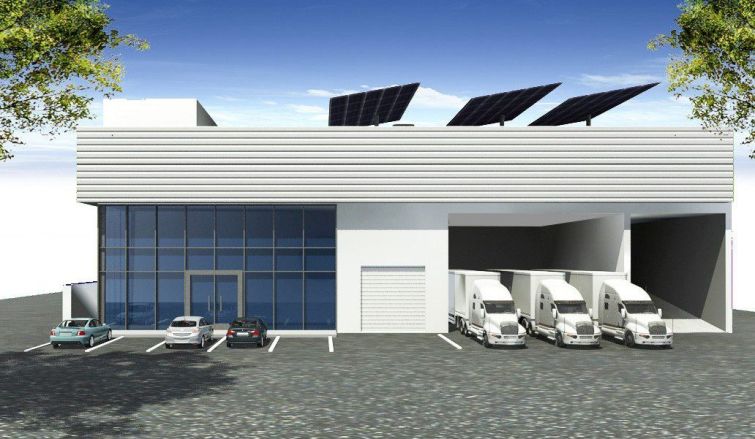 A rendering of the planned light industrial development at 13007 Yukon Avenue in Hawthorne, Calif. Photo: MRC

Los Angeles-based developer Vella Group has secured $79.1 million in debt from Madison Realty Capital (MRC) on a portfolio of four industrial and flex buildings, along with one vacant development site, located in Los Angeles County, Commercial Observer has learned.

The loan refinanced three flex and light industrial buildings and one artist studio. It will also help start construction on a light industrial asset on the vacant site included in the deal, according to information from MRC, which closed the loan in two weeks from application. The debt also covered any fees around the closing as well as costs associated with further leasing up the portfolio.

“[We were] able to complete due diligence and deliver a customized financing solution to support an attractive portfolio of assets in two weeks,” MRC Managing Principal and Co-Founder, Josh Zegen, said, adding that the firm’s more than decade-long relationship with Vella helped the deal move along swiftly. “[This is an example of our] ability to provide a highly complex, hybrid loan on an accelerated timetable and execute projects throughout all stages of the development lifecycle.”

Vella Group Principal Zach Vella said that his firm knew MRC “had the expertise to move quickly and efficiently, which made [them] the right choice for this project. We appreciate Madison’s know-how and flexibility in completing this transaction in just two weeks.”

The properties and the undeveloped parcel are all located in Hawthorne and Carson, Calif., within the Los Angeles metropolitan area. The four developed assets comprise a combined 206,333 rentable square feet and are currently 95 percent leased out, according to MRC.

The one asset in Carson — a neighborhood straddled by Compton to the north and Long Beach to the south — is a light industrial site at 1010 Sandhill Avenue that is completely leased out to energy infrastructure firm Chanje Energy.

The three other built properties are in Hawthorne. There is 12536 Chadron Avenue, a light industrial and flex property that’s occupied by Venturi Astrolab, an aerospace engineering and manufacturing firm and division of Venturi Automobiles; 13100 Yukon Avenue, a flex industrial property that is currently leased to a Nerd Street Gamers esports training center, aerospace wireless laser communications manufacturer Mynaric Inc., and sustainable mens and womens clothing brand For Days; and 13040 Cerise Avenue, a one-story complex that is leased out to a mix of artists and musicians, according to MRC.

Vella Group’s development site at 13007 Yukon Avenue in Hawthorne was the last piece of the portfolio, and it will eventually host a roughly 50,000-square-foot light industrial space, according to MRC. The firm is aiming at completing the property in the latter half of 2023.