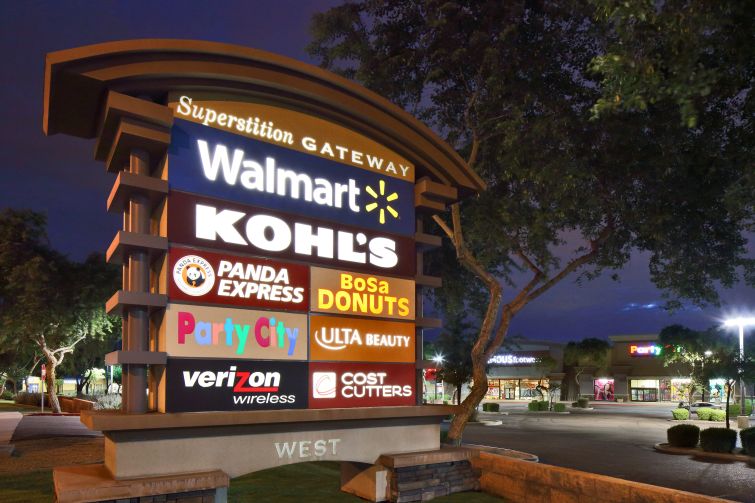 Desert Troon Companies (DTC) has landed $77.1 million of commercial mortgage-backed securities (CMBS) debt from KeyBank to refinance a retail property hampered by the COVID-19 pandemic just outside of Phoenix, according to a ratings agency analysis of the deal.

The partial interest-only loan for Superstition Gateway in Mesa, Ariz., features a 10-year term, according to Fitch Ratings analysis of the conduit CMBS transaction released Thursday. The deal is expected to close on Oct. 13.

KeyBank’s underwritten loan-to-value ratio of 68.5 percent indicates that the lender values the 495,204-square-foot property at $112.6 million, according to Fitch data.

Loan proceeds combined with $5.7 million of new sponsor equity were used to refinance existing debt of $81.3 million, as well as fund upfront tax and insurance reserves, and finance outstanding tenant improvements along with paying closing costs.

The 2006-built property, which is anchored by Kohl’s, LA Fitness and AMC Theaters, was “significantly impacted” by the COVID-19 pandemic, according to Fitch, with nearly every tenant requesting relief or deferment. The loan went into special servicing early on in the health crisis, with the sponsor receiving four months of forbearance through September 2020. The property has since returned to normal operations with all tenants paying rent and all deferred debt service payments paid back by December 2020.

Located at 764 South Signal Butte Road, Superstition Gateway was 94.2 percent occupied as of August by 61 tenants. Four tenants have lease expirations beyond the loan’s maturity beyond loan maturity, with two of the anchors, LA Fitness and AMC Theaters, expiring in 2034 and 2033, respectively.