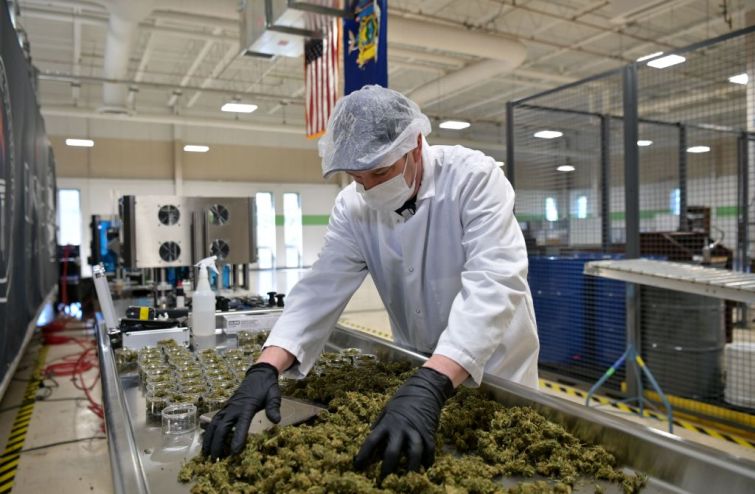 Gov. Kathy Hochul made the final two appointments to New York state’s cannabis board on Wednesday, filling the roles just a month into her term after her predecessor was criticized for dragging his feet on moving recreational marijuana forward.

Hochul tapped Reuben McDaniel, president and CEO of the Dormitory Authority of the State of New York, and Jessica García, assistant to the president of the Retail, Wholesale and Department Store Union, to the board of the Office of Cannabis Management, Hochul’s office announced.

Earlier this month, Hochul appointed Christopher Alexander, former policy director of the Drug Policy Alliance, as the executive director of the Office of Cannabis Management and Assemblymember Tremaine Wright as the chair of the Cannabis Control Board. Both agencies will be tasked with creating the regulatory framework for recreational marijuana in the state.

“New York’s cannabis industry has stalled for far too long — I am making important appointments to set the Office of Cannabis Management up for success so they can hit the ground running,” Hochul said in a statement. “I am confident Mr. McDaniel and Ms. Garcia will serve the board with professionalism and experience as we lead our state forward in this new industry.”

Hochul hit the ground running in advancing recreational cannabis, ordering a special session a week after her inauguration that included the appointments of Alexander and Wright.

The move won her some approvals from the real estate community, which plays an important role in the state’s cannabis industry as companies seeking licenses require commercial real estate to obtain them.

Gov. Andrew Cuomo — who Hochul took over for after he resigned amidst sexual harassment allegations — was criticized by many for his glacial pace moving recreational marijuana forward, not making any appointments to the cannabis board months after legalization.

“He was basically holding that over the legislature because he wanted the legislature to approve his appointees at the [Metropolitan Transportation Authority],” real estate developer Jeff Gural, who became a vocal Cuomo critic during the end of his term, previously told Commercial Observer. “So, you had nothing happening on the marijuana front. Whereas Kathy came in and, within a week, basically picked out the people to run that.”