Kathy Hochul Gets 42% Approval Rating, But Many Still Don’t Have an Opinion 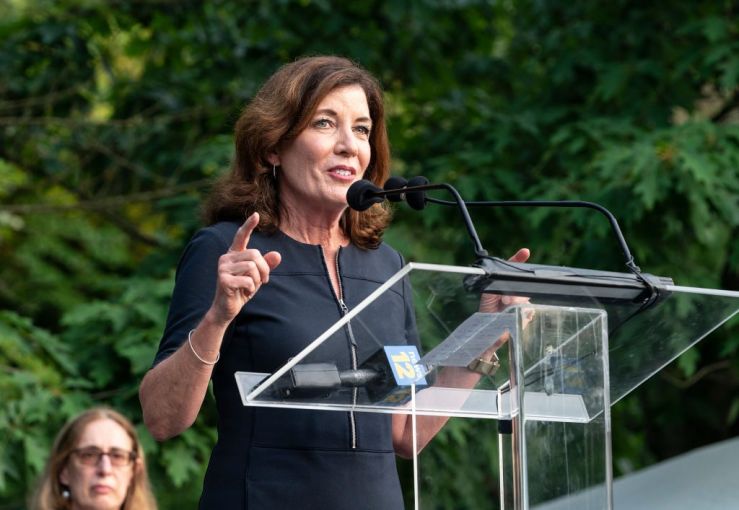 New Yorkers don’t really know Kathy Hochul, but they like what they see so far.

The nascent governor has an approval rating of 42 percent of state voters, while another 41 percent of voters have not formed an opinion about her, a Siena College poll released Tuesday found. Only 17 percent of voters disapprove of the job she’s been doing, the poll said.

“While still largely unknown to a wide swath of New Yorkers, Governor Hochul begins her tenure with a lot of goodwill from voters,” said Siena College pollster Steven Greenberg.

Voters have given Hochul, who has run the state since Aug. 24, high marks for becoming the state’s first woman governor and for the fact she isn’t her predecessor, Andrew Cuomo. New Yorkers were pleased their governor made history by a 76 to 16 percent margin, the poll said. Hochul has indicated she would run for a full term in 2022 and had begun raising money before she was officially sworn in.

Voters also agreed with Cuomo’s decision to resign last month after a myriad of sexual harassment scandals by a 2 to 1 margin. A majority of Democrats also supported Cuomo’s choice to step down after more than a decade in office, 55 to 35 percent. Cuomo left office with an approval rating of only 34 percent compared to the 55 percent who disapproved of his performance.

In the three weeks she has been in office, Hochul often sought to contrast herself from the former governor by emphasizing her collaborative leadership style and her willingness to reconsider Cuomo administration policies and projects like expediting congestion pricing. (Fifty-two percent of voters believed she would be more collaborative than Cuomo.)

She appeared with Mayor Bill de Blasio, Cuomo’s most prominent political nemesis, on coordinating back-to-school efforts, even though de Blasio openly flirted with challenging her in a gubernatorial Democratic primary next year. And she has vowed to remove any Cuomo allies named in the state attorney general’s official sexual harassment report for helping the governor smear accusers and strategize his defense.

And even after passing an extension to the state eviction moratorium, Hochul has gotten high marks from the real estate industry so far, with Jeff Gural and Lee & Associates NYC’s Gregory Tannor praising her work in moving recreational marijuana forward.

But, Hochul also earned trust from voters by handling burgeoning crises like rising coronavirus cases and the catastrophic effects of climate change.

The poll showed 65 percent of voters believe Hochul can lead the state through a natural disaster, like the floods that took the lives of at least 15 people in New York and caused billions in property damage, while only 16 percent did not. Another 61 percent of voters believed Hochul could mitigate the spread of COVID-19, while 24 percent said she didn’t have a handle on the virus. 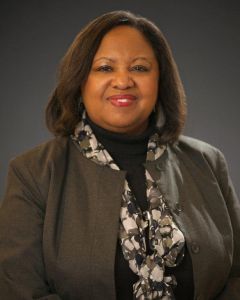 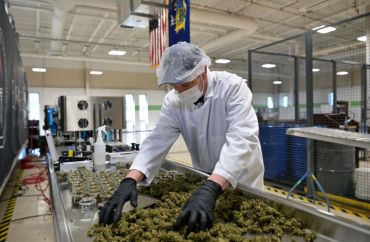