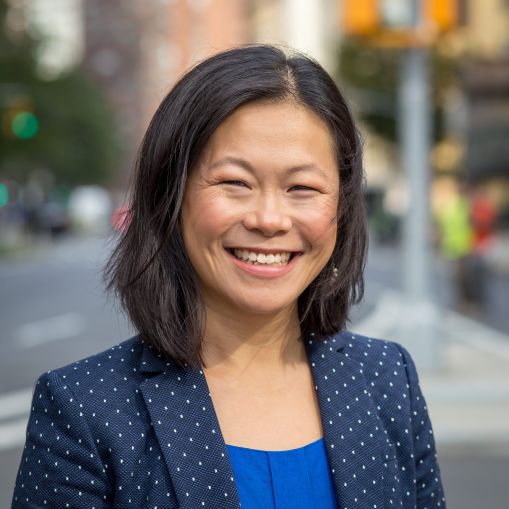 Hu arrives at Camber after serving as a principal at Hudson Companies for the past seven years, where she focused on both affordable and market-rate housing developments. Her work at Hudson was highlighted by facilitating the $470 million One Clinton project which redeveloped the Brooklyn Heights branch of the Brooklyn Public Library system into a 134-unit market-rate condominium and library. This development consumed much of her time at Hudson the past few years.

“My run at Hudson was primarily working on the One Clinton project, which I like to think of as my third child and after a certain point the third child was almost done with high school ready to go off to college and you start thinking about what is next,” said Hu of her decision to take on a new challenge at Camber. “During COVID, it was a great time to reevaluate what’s important to me, what my mission in life is and I really felt like it was time for me to go back to my roots, which is entirely affordable housing.”

Hu, a native of the Lower East Side who grew up in the New York City Housing Authority’s (NYCHA) Vladeck Houses, began her commercial real estate career as a city planner in the Housing Preservation & Development’s  Bronx Planning Unit. She later worked at developer Phipps Houses as a project manager on new construction multifamily deals in both the South Bronx and Harlem.

“Having grown up in public housing, I certainly take it to heart how preservation of this stock of housing is crucial,” said Hu, who noted that her mother still lives in the same NYCHA apartment she was raised in. “People, families and communities have lived there for generations and so I feel like it’s critical that everyone pitch in and actually do their work to preserve it.”

The hiring of Hu comes as Camber has stepped up its focus on the affordable housing market in the Big Apple, including a $30 million acquisition in August of The Johanna Apartments, a 60-unit, 100 percent Section 8 property across four buildings on West 144th Street, as part of a partnership with Harlem Congregations for Community Improvement (HCCI).

Camber debuted another affordable housing project this year called The Strand, a 162-unit project in the Bronx at the Tiffany Street Apartments. The firm is also in the process of rehabbing more than 700 affordable units in the Bronx and Brooklyn.

“Karen has an impressive track record in the industry demonstrated by her considerable acumen in the development of all types of housing, be it affordable or market rate,” Camber Principal Rick Gropper said in a statement. “As we create and preserve the affordable housing that will be critical to our city’s growth it is imperative that we have the best people working by our side.”