The nine-building office portfolio is located within Cummings Research Park, which is one of the largest research parks in the country 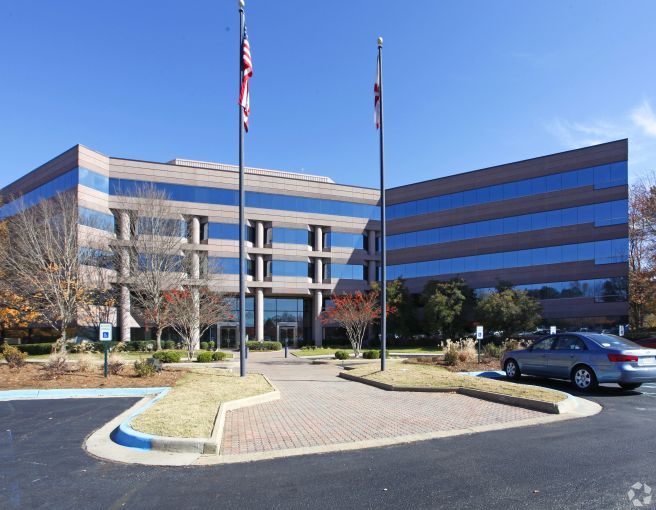 One of two mid-rise office buildings that make up Perimeter Center, a site within the massive, 3,800-acre Cummings Research Park. Photo: Berkadia

The seven-year, fixed-rate loan includes five years of interest-only payments, followed by a 30-year amortization schedule, according to information from Berkadia, which advised in the arrangement of the financing.

This portfolio spans more than 670,800 square feet of office and flex office space across three sites that comprise a total of nine buildings within Cummings Research Park, which is the second-largest research and office park in the country and the fourth largest in the world, according to Berkadia and information from the park’s dedicated website.

Altogether, Cummings spans more than 3,800 acres, hosts 300 companies, more than 26,000 employees and nearly 14,000 students within an area that is just several miles west of Huntsville’s city center, according to its website. Aerospace company Lockheed Martin, aerospace and defense firm Teledyne Brown Engineering, Redstone Federal Credit Union, and educational institutions Calhoun Community College and The University of Alabama in Huntsville are some of the largest tenants housed within the campus.

Blue Vista’s loan was made on the two-building Perimeter Center; the five-building Progress Center; and 110 Wynn, which includes two office and flex buildings — the portfolio was 91 percent leased at origination.

“The quality of the sponsor, combined with Huntsville’s strong aerospace, defense and technology sector, made this a compelling opportunity for the lender,” said Berkadia’s Charles Foschini, who, along with colleague Christopher Apone out of the company’s Miami office, advised Triangle Capital Group in the arrangement of the debt.

Perimeter Center sports two mid-rise office buildings located at 1500 and 1525 Perimeter Parkway that span a combined 234,146 square feet and are 87 percent leased out to 41 tenants.