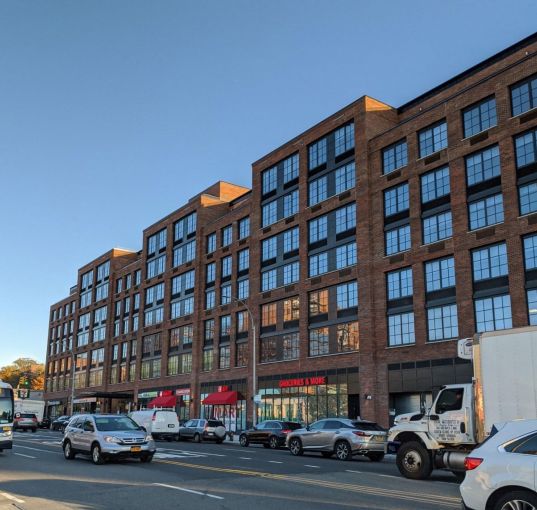 “Skyview delivered this project ahead of schedule and on budget and as a testament to the project, was able to attract best-in-class tenants like Bank of America and H Mart,” Betesh said in a statement. “Wells Fargo realized the value creation and strong sponsorship and was able to price this loan aggressively to win the assignment for a great institutional client.”

Wells Fargo and Skyview declined to comment on the deal.

Located at 144-74 Northern Boulevard, the seven-story property consists of 103 residential units, of which 31 are affordable. In addition to apartments, The Urban features roughly 21,000 square feet of retail space, along with nearly 15,000 square feet of community facility space leased to Metro Dermatology and Evergreen Adult Day Care. The property also includes a 175-space below-grade parking garage.

Skyview acquired a 99-year ground lease in 2017 and began construction on The Urban in 2018, with leases to H Mart and Burger King executed prior to commencing construction. The 100 percent occupied property was completed in late 2020.