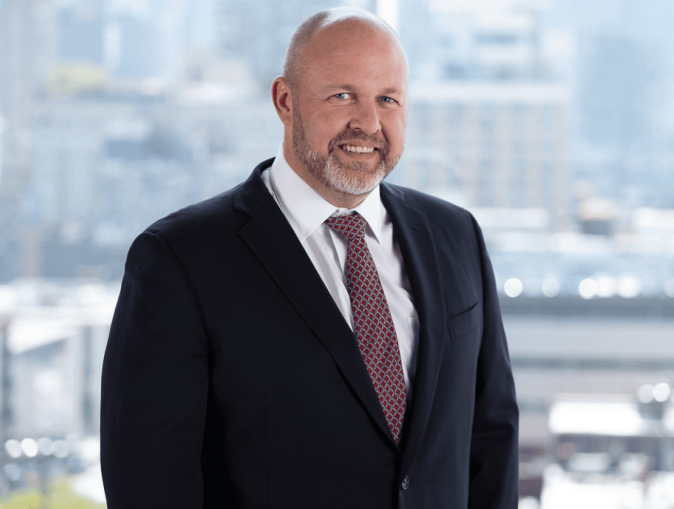 Previously, Groves was head of Cantor Commercial Real Estate (CCRE). Prior to his three-year tenure at CCRE, he was a director at Citigroup for nearly 15 years, most recently in the bank’s commercial mortgage-backed securities (CMBS) capital markets group.

Groves first day was Aug. 9 and his move was first reported by Commercial Mortgage Alert.

“I’ve known the team here at Dwight for quite a while and actually used to cover them when when I was at Citi,” Groves told CO. ” I knew them from their early days, and was always really impressed with the way they approached the business, the growth of the platform and had followed them in the background. And so, when I spoke with Adam and Josh [Sasouness, founders and managing principals of Dwight Capital], you know, it just seemed like just the right time to help them take Dwight Mortgage Trust to the next level.”

Dwight Mortgage Trust was founded in 2018 and has primarily invested in bridge to HUD loans. The goal now, Groves said, is to expand its product suite further to include both bridge-to-agency, 10-year, fixed-rate and other CMBS originations.

“It’s going to require quite a bit of an infrastructure buildout, and we’ll approach it methodically and prudently, focusing on what’s core to Dwight’s DNA, meaning the multifamily and the health care side of the business,” Groves said. “The potential is limitless. There’s a solid infrastructure and great people here, and I’m really excited about it.”

In terms of first steps in his new role, “when I think about what we need to do in the near term, and what I was brought on for, it’s kind of twofold,” Groves explained. “Part of it is expanding the product suite, but the other part of it is expanding the investor base and our access to capital markets. We have some joint venture partners already, but different investors fit different products in terms of risk tolerances.”

Groves joins Dwight at a time of phenomenal investor interest in the multifamily space, with the asset class only further cementing its ‘safe haven’ title during COVID-19, while other asset classes languished under the weight of its forced closures.

“Being able to take an established platform that has the origination capacity, has the underwriting capacity, has the servicing in place, and has an investment management arm that’s already proven itself with the bridge-to-HUD product is going to be a very attractive option for potential equity investors,” Groves said. “That’s going to be our near-term focus for 2021, and by 2022, we’re off to the races.”

While much of that same investor interest swung away from primary markets, and toward secondary and tertiary markets during the pandemic, Dwight has a head start over the competition in that it’s been serving those markets all along, Groves said.

“Our focus on those markets, affordability and the health care market are unique relative to some of our competition out there, he added. “That creates an interesting investment proposition for a lot of potential investors. I don’t think that there’s any shortage of demand in terms of depth and liquidity on the investor side of the market for the secondary and tertiary markets.”

Speaking generally about the past 18 months, Groves said he’d been most impressed with the resilience of the market, in particular “people’s willingness and desire to get things back to normal,” he said. “Obviously, that normal will be a bit different in terms of just how we approach things like office space utilization and where people choose to live, which is obviously an important part of our thesis around multifamily investing, with people looking to live outside of major cities.”