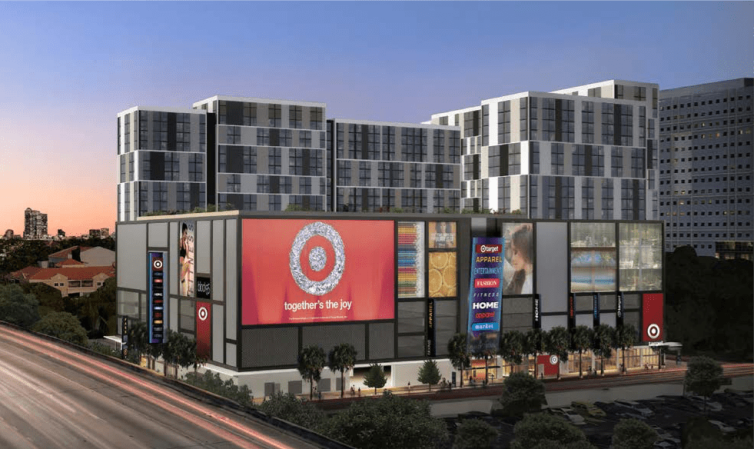 A development that will include nearly 600 units of senior affordable housing is one step closer to completion with $150 million in new financing.

R4 is providing a four-year loan that will cover about half of the total construction price of $300 million. But the developers — Swerdlow, SJM and Miami-based Alben Duffie — snatched up a pretty penny in tax credits, grants, and other incentives from local and state government for the project, Aztec Group’s Charles Penan, who was part of the team that advised on the financing for the developer, told Commercial Observer.

When completed, the project will hold some 578 affordable senior multifamily rental units; 954 parking spaces; and 250,000 square feet of space for retail tenants, including Target (a Starbucks and CVS with it), Aldi, Ross Dress For Less, Five Below and Burlington — which have already pre-leased space in the development. The development’s retail floors are 80 percent leased.

“The developer thought it would be such a good thing, bringing this local community here, where they [have] amenities below them without having to get in a car to go to the supermarket,” said Penan.

The 1.4 million-square-foot-project will house seniors earning at or below 60 percent of the area median income. The project broke ground in late June with completion slated for fall 2024, Shopping Center Business reported. Like most developments across the nation, the project faced pandemic-caused delays as the development team transitioned to working from home, said Penan.

The development group, under Downtown Retail Associates, bought the land from a community group, the Overton/Park West Community Redevelopment Association, for $10 million in 2020, property records show.

The architect for the project is Miami-based firm Arquitectonica and the general contractor is Coastal Construction. Aztec Group’s Penan, Ezra Katz and Joel Zusman advised on the financing on behalf of the developer. R4 did not immediately respond to a request for comment.