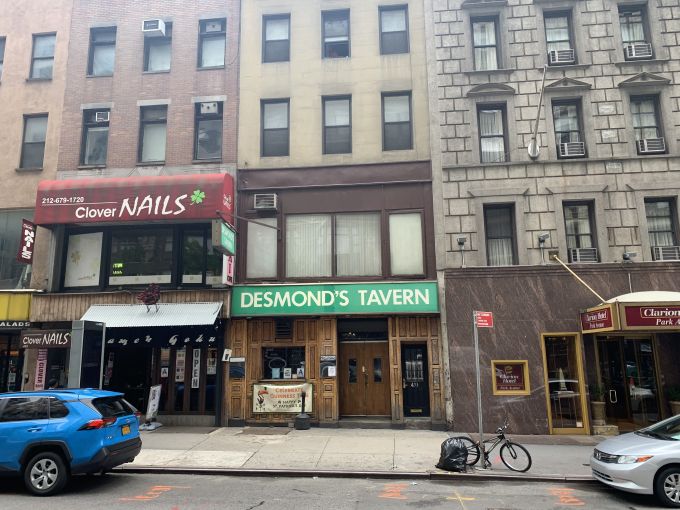 A bar is reborn in NoMad.

Lady Gaga was a regular and performed at the Irish bar Desmond’s Tavern, located at 433 Park Avenue South, and it will become a new, yet-unnamed 2,400-square-foot music venue, according to its owner.

Hugh Connolly leased 1,600 square feet of ground floor space and 800 square feet of basement space to Istvan Nagy, who plans to run the space as a music venue, bar and restaurant. Artists and audiences alike can live for the applause when it opens late this year.

Asking rents were $150 per square foot in the 10 year lease with one five year option, according to a spokesperson for the landlord.

“Hugh has tons of stories to tell about that bar,” Katz & Associates’ David Yablon, who represented the Connolly family, told Commercial Observer. “One story that he told that I remembered was that Stephanie, better known as Lady Gaga, has performed there a number of times. He specifically said, ‘You know Lady Gaga? Well, we know her as Stephanie.’”

Other artists, including Paul McCartney and Bono, made stops at Desmond’s to perform, listen to other artists, or just to have a drink, said Yablon. When Nagy opens his new bar, likely in November or December, he will keep the music alive with performances as well, Yablon said.

Nagy, who came to New York City in 1998 from Brasov, Romania, owns two other bars in the city, Side Door, a gastropub in Midtown East, and One Lenox in Lenox Hill. The space at the four-story Park Avenue South building has been home to bars for since 1936.

The space was a good fit for Nagy because it was pre-built as a bar with an existing clientele and a storied past, said Yablon.

Connolly’s family bought the bar in 1968 and has operated it as Desmond’s Tavern since 1990. The tavern closed in March 2020, just a day before St. Patrick’s Day, and the pandemic prompted Connolly to consider renting out the space rather than running the bar himself, said Yablon.

Habendum Realty’s Nicolas Nitu brokered the deal for Nagy while Yablon handled it for the Connolly family. Nitu did not immediately respond to a request for comment.