5 Takeaways for Real Estate From the IPCC Climate Change Report 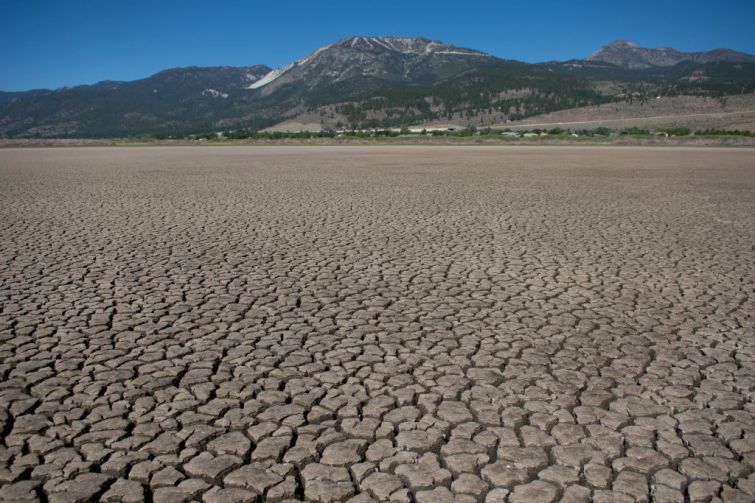 The world we live in is significantly hotter than it was, and we’re already living the consequences. The warmer climate is triggering floods, fires and famine with higher frequency than before, and its effects will last for centuries, whether humans survive long enough to witness it or not, according to the Intergovernmental Panel on Climate Change’s (IPCC) blockbuster new report released Monday.

Compiled by 234 authors who reviewed 14,000 studies, this is the IPCC’s first major update since 2013, and it comes out ahead of the United Nations Climate Change Conference of the Parties, taking place this fall in Glasgow, Scotland.

While the science remains consistent with previous reports, an additional eight years of study, plus more advanced computer modeling and techniques, has allowed the authors to provide more accurate and regionally specific predictions.

“​​The built environment plays a big role,” said Tony Cho, a developer in Miami who founded the climate-focused Future of Cities. “It’s how we source materials, it’s how we build, how we operate and how we power our buildings. We have a system that’s creating this climate collapse.”

But in recent years, real estate’s role in climate change has increasingly been in the spotlight, as capital markets, regulators, and tenants begin to reward or mandate decarbonization. Finance companies are giving preferential capital to properties with lower carbon output, regulators are implementing fines or placing caps on carbon usage, and tenants are making their own commitments to going carbon neutral.

“We’re entering a world where a building’s carbon footprint is going to be one of the most focused-on numbers in the industry,” Wallace said.

The report states that, in the near term, we will be dealing with extreme weather events that affect the water and food supply, as well as infrastructure and transportation; intensifying migration patterns; and hopefully, a significant shift in the way we create and consume energy.

Which is something this summer has certainly made clear, said Cho. “Between the 116 degrees in Portland, [Ore.,] and fires across the whole continent, it just seems pretty evident that the global climate system is out of balance.”

The more direct consequences of the report will largely depend on politics and policy. It will likely set a shared foundation for discussions at the upcoming Glasgow conference, which is expected to put pressure on countries to increase or follow through on previous climate commitments.

Here are the key takeaways:

We’ve already warmed the planet 1.1 degrees Celsius above pre-industrial levels (using 1850-1900 as the baseline), and the rate of warming has intensified over the last several decades. In fact, some models say we have already warmed the planet 1.5 degrees (the majority of which is from greenhouse gases), but pollution actually reflects some heat and that’s masking the full effect.

Most climate discussions consider a 2 degree Celsius increase in temperature above pre-industrial levels to be the point of no return. The Paris Agreement used that benchmark as its goal, with a 1.5 degree Celsius threshold considered preferable, but less likely.

We’re already feeling the consequences. The present and immediate future will feature extreme weather events including rain, drought, and extreme heat at far greater frequency than before. For example, an extreme heat event that happened once every 10 years pre-1900, is already happening 2.8 times a decade now. The science predicts that it will happen 4.7 times per decade if the planet warms 1.5 degree Celsius, and 8.1 times if it warms 2 degrees Celsius.

Cities are already dealing with these effects in a host of ways. In Miami, a new “chief heat officer” has been created in partnership with a climate-focused nonprofit, to design ways to prevent and mitigate the effects of extreme heat, such as designating cooling centers, building covered bus stops, and incentivizing more green roofs and green space.

One reason why that’s the case is because as more greenhouse gases are released, the ability of land and ocean to absorb them shrinks, leaving a larger percentage of emitted carbon in the atmosphere, thus speeding up the warming process.

Sea level rise will continue, even if we reverse the warming of the planet. Some effects of global warming are here to stay for centuries, regardless of whether or not we decrease temperatures or reduce emissions, chief among them is sea level rise. Much of the ocean warming that has begun cannot, in fact, be reversed, though it will certainly be worse if we don’t stop the warming. In the best case scenario: If we remain at a 1.5 degree Celsius increase, ocean levels are projected to rise another 1 to 2 feet this century.

It’s getting very, very late. “There’s really one key message that emerges from this report: We are out of time,” Dr. Kim Cobb, a professor of earth and atmospheric sciences at Georgia Institute of Technology, and one of the authors of the report, said in an interview.

Climate needs to be treated as though our the future of the planet depended on it, because it does, said Cho. We have the solutions, we just need the political will, and the capital to get them done.

“I believe in human ingenuity, and that when there’s a will, there’s a way,” Cho said. “If we’re not going to build a sustainable future, there isn’t going to be a future.”