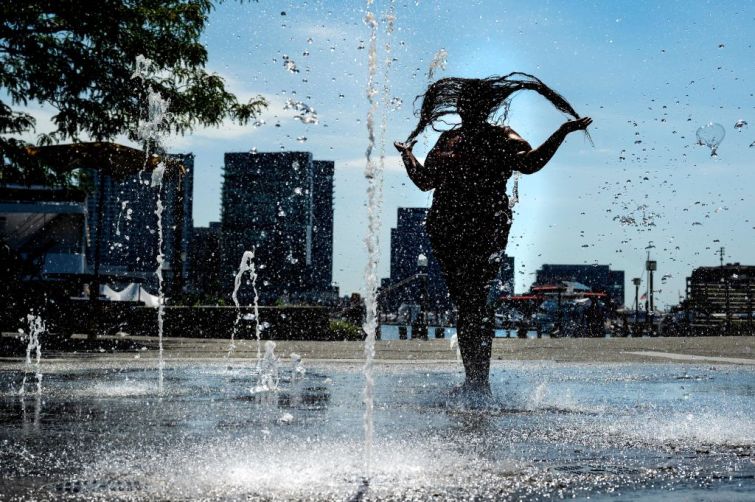 As climate change continues apace, the number of days with excessive heat and humidity continues to soar, with consequences for the built environment and human health. As interim chief heat officer, a position she has committed to for a year, Gilbert will be responsible for Miami-Dade County’s response to the increasing frequency of extreme heat events.

She will do that by improving coordination, accelerating existing heat protection efforts in the county, and initiating new ones in an effort to reduce the impacts of heat stress and extreme heat for vulnerable communities, Gilbert told Commercial Observer.

“I am seeking solutions that address both the impacts and causes of climate change and that focus on our most vulnerable,” Gilbert said.

Gilbert’s position is a new one, and she doesn’t work for Miami-Dade directly, but as a consultant to Resilient305, a partnership between the international climate organization, Resilient Cities Network, and the governments of Miami, Miami Beach and Miami-Dade County.

As the heat officer for the county, Gilbert plans to form a climate and heat task force to create a plan for the next five years. The group will consider, among other things, incentives for residents to install green roofs (which have trees and other plants on them) and reflective roofs (also known as cool roofs), and will be encouraging more green space as well as protecting trees on private property.

This summer, South Florida has thus far been spared the worst of the rash of deadly heat waves and heat domes that have ravaged the Northwest primarily, triggering such extreme weather that cities in Oregon and Canada have reached temperatures that Miami never has.

But, South Florida has seen extreme events of its own, and will continue to do so as temperatures continue to rise. In fact, according to Climate Central — an independent climate research news organization — by 2100, there will be approximately 70 days per year in Miami with temperatures above 95 degrees Fahrenheit if current emissions trends continue, and a little over 40 days if moderate emissions cuts are implemented.

And, while heat affects everyone, cities also have to deal with the effects of heat islands, where buildings and roads and the lack of vegetation trap heat, raising the temperature further.

In June, Gilbert applied for funding from the Centers for Disease Control and Prevention’s Building Resilience Against Climate Effects (BRACE) program, which supports local efforts to prepare for the health effects of climate change.

Gilbert is seeking approximately $700,000 to apply the BRACE framework in the creation, implementation, and evaluation of the region’s first climate and heat health action plan. Among the many things that the CDC grant would enable Gilbert and her team to do is partner with the National Weather Service in the updating of heat advisory thresholds, messaging and graphics. Currently, she said, a heat advisory is triggered when the heat index is 108 degrees for two hours or more, but that metric is being re-evaluated.

“I believe that the current advisory threshold may be too low, but there are a lot of factors we need to look into, such as when to issue what type of communications because there is high variability in temperatures throughout the county,” Gilbert said.

In addition to the above, the CDC grant would make funds available to enhance and expand existing programs, such as the Community Emergency Response Team — a federal program that trains citizens for emergency response — as well the Million Trees Miami Program. “We’ll be able to plant shade trees at unshaded bus stops and playgrounds,” said Gilbert. Back in 2006, the county adopted a “Street Tree Master Plan,” which has a goal of creating a 30 percent canopy in an effort to thwart excessive heat.

Gilbert said that she will be establishing the Climate and Heat Health Task Force, whether her office receives the grant or not. “But the grant would give us the capacity for enhanced data gathering and analysis, deeper community engagement, and funding to implement some short-term actions,” she said. The CDC’s decision on the grant should be announced in September 2021.

In some respects, Miami-Dade has advantages that other cities and counties don’t have. Because the region has a normally hot and humid climate, unlike other locations that are not accustomed to extreme heat and humidity on a regular basis: “Most people in Miami-Dade have access to air conditioning, as long as there is not an extended power outages, such as the ones caused by hurricanes,” said Gilbert.

“But people can’t always afford their electric bills, so they may refrain from using their air-conditioning units,” she added. “Plus, we have a lot of outdoor workers in construction, agriculture and tourism, who are at increased risk from high heat and humidity.”

But, Miami is not alone in its fight against extreme heat.”You can draw comparisons when looking at coastal cities around the globe with hot, humid climates,” said Laurian Farrell, North America regional director of Resilient Cities Network.

“As an example, Singapore is installing heat sensors throughout the city to better understand the heat island effect,” she said. Heat islands tend to occur in urban areas filled with buildings and roads, which re-emit heat rather than reflecting, like natural environments, such as forests and bodies of water, do. Sensors are useful for a lot of weather-related issues, such as providing data in real time to assist with snow removal.

Of course, Miami-Dade won’t have to deal with snow removal any time soon, but there are other concerns to worry about.

In addition to the direct dangers of extreme heat, which can potentially be addressed via design and infrastructure, there are also indirect risks to be considered, said Gilbert. “We are at risk for new viruses as well as more cases of waterborne diseases, such as dengue fever and chikungunya,” she said. “Thus far, we’ve been effective at combating these diseases, but we will be more vulnerable to those types of viruses in the future.”

While Miami-Dade fast-tracks its plans for heat mitigation, Orlando is pursuing similar programs — including a six-year-old, tree canopy enhancement program, which distributes shade trees and understory trees to Orlando residents, as well as a green building incentive program that offers property tax abatements for LEED Silver or above certification, said Chris Castro, director for the Office of Sustainability and Resilience for the city of Orlando.

But, of the two cities, Orlando may be in a better position to deal with climate change in the long run, even though it is projected to have more than 50 days above 100 degrees Fahrenheit by 2100 per year, if current emissions trends continue, or a little over 30 days with moderate emissions cuts, according to Climate Central

Although extreme heat is an issue for both locations, sea level rise is less of an issue in Orlando, because it is roughly 60 miles from the Atlantic Ocean. As Miami becomes less viable because of sea level rise, Orlando may be a “receivable” community. As a result, the city is beginning to plan for climate refugees from South Florida and elsewhere.

Orlando is expected to be No. 2 on the list of American cities that will be on the receiving end for climate change refugees by 2100, should the sea level rise be 1.8 meters over its April 2017 level, according to a then-published study in Nature Climate Change. Orlando is projected to have a net migration of 400,000 to 500,000 climate refugees by the year 2100, if there is no adaptation to this level of sea level rise, and roughly 400,000 if there is adaptation. Miami, on the other hand, is expected to have an outflow of 2.5 million people if there is no adaptation to 1.8 meters of sea level rise, and more than 2 million with adaptation.

In spite of these projections, Gilbert is optimistic, as much as optimism is possible under the circumstances. She refuses to discuss a future when Miami-Dade will be “unlivable.”

The fate of Miami-Dade and South Florida really depends on a few things, said Gilbert. “If we can dramatically stop the net growth of greenhouse gas emissions … and keep the temperature increase to under 2 degrees Centigrade,” climate change is manageable through 2060 with billions of dollars in investment.

Until then, there’s work to do.