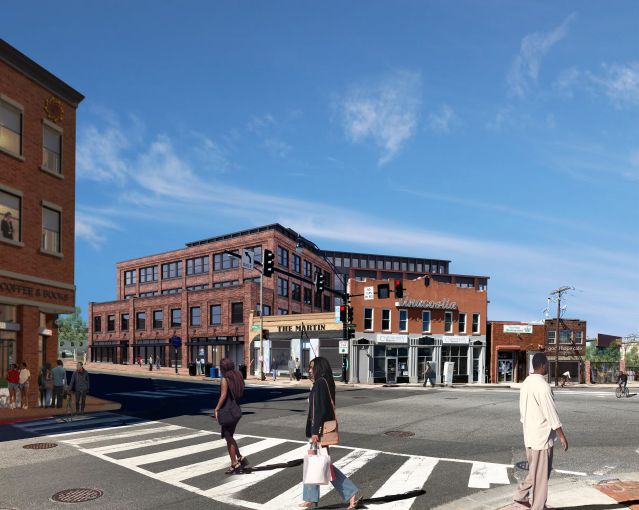 The second phase of the MLK Gateway development in Anacostia, which will be home to Washington, D.C.’s Department of Housing and Community Development (DCDH), has secured $51 million in financing to move the project forward, Commercial Observer has learned.

The mixed-use development, a partnership between The Menkiti Group and the Office of the Deputy Mayor for Planning and Economic Development (DMPED), will include office and retail components at the gateway between Downtown D.C. and the east side of the Anacostia River.

EagleBank provided the bulk of the financing, originating a $43 million construction loan, which will fund the ground-up construction of a 68,203-square-foot retail and office building at 1909 Martin Luther King Jr. Avenue SE, according to information from the bank.

An additional $8 million mezzanine loan was provided by the Black Economic Development Fund, a $250 million fund managed by the nonprofit Local Initiatives Support Corporation (LISC), according to information from LISC.

SHIFT Capital, a community-focused development firm, is a partner on the project, whose primary role is to raise capital.

The MLK Gateway project was first floated in 2016, when the District put out a request for proposals (RFPs) for the site, hoping to encourage economic development in the area. The Menkiti Group, which was selected for the project, has developed more than 2 million square feet of real estate, primarily in the D.C. area, and focuses on emerging neighborhoods in the District.

In July 2020, DCHD signed a 16-year lease for 55,000 square feet at the second phase of the project, relocating from its previous offices in the same neighborhood, as part of Mayor Muriel Bowser’s initiative to keep public agencies on the east side of the Anacostia River to spur economic development.

“My administration will continue to use the District’s leasing power to invest in East of the River neighborhoods and attract much-needed retail and other businesses,” Bowser tweeted when the deal was announced last year.

The first phase of the MLK project, also a mix of office and retail, is anchored by homegrown tech startup Enlightened, and is scheduled for delivery later this year.