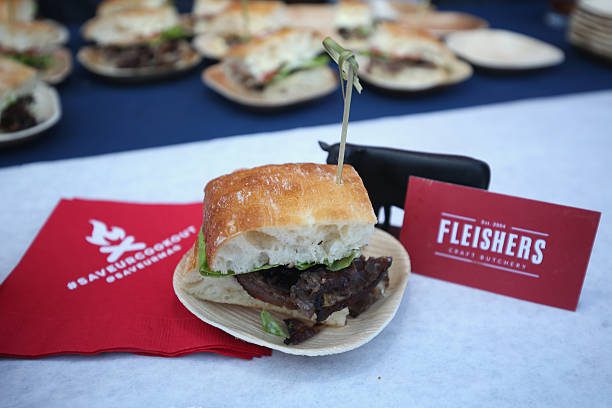 Mixing business with politics is a recipe for pushback or, for real estate developer Robert Rosania, a recipe for butchered relationships.

As the leading investor of Fleishers — an East Coast-based butcher chain — Rosania has come under recent fire for instructing CEO John Adams to remove all signs in favor of Black Lives Matter and LGBTQ movements from his shops, as first reported by Eater New York. Rosania, former CEO of Stellar Management, has invested in Fleishers for the past six years to the tune of roughly $20 million.

After receiving a text message from a friend who found the Westport, Conn., location’s pro-BLM sign offensive, Rosania called for the sign’s removal. Adams began a clean sweep, beginning with the Westport storefront on July 22 and turning to the Park Slope, Brooklyn, shop the following day.

The pushback was nearly immediate. Ajani Thompson, former manager of the Park Slope branch, told Eater NY that Adams’ actions “sent a message” to Fleishers’ staff — half of whom identify as Black and Indigenous people of color or LGBTQ.

After receiving a call from the Connecticut store manager on the morning of July 23, Thompson was made aware of the agreement between the Greenwich and Westport locations to stage a walkout. Thompson’s Park Slope employees, as well as the Upper East Side workers, hopped on board and walked out later in the day.

Adams quickly retracted his actions, reinstating the signs in Westport and Park Slope. Rosania similarly backtracked and issued an apology, promising to “rededicate Fleishers to being a place where everyone feels welcome and supported,” according to Eater NY.

“I realize removing the signs that express support for the basic human rights of our Black and LGBTQ employees, and customers was not in that spirit of supporting your feelings, along with a longer-term lapse in communications as we’ve gone through growing pains. For this, please accept my heartfelt apologies,” Rosania said in a statement to Commercial Observer.

But these efforts had little effect on Fleishers employees. Approximately half of the company’s workers resigned following the incident, while all four butcheries temporarily shut down, Eater NY reported. They will remain closed through the month.

As the founder of Maximus Real Estate Partners, who formerly helmed landlord Stellar until 2014, Rosania has faced his fair share of controversy in the past, with a history of alienating both potential clients and partners around the country, zeroing in on his hold of San Francisco real estate.

In 2019, Maximus came under fire for its proposed $42 million expansion project at 1979 Mission Street. Rosania’s denouncement of the land as crime-ridden — and subsequent proposal for increased development, police presence and new residents — didn’t go over well with community activists, who dubbed the project, “The Monster in the Mission.” The project similarly faced pushback from San Francisco elected officials.

In March of the following year, Maximus faced backlash on a separate deal, when WeWork sued for the return of a $20 million development fee.