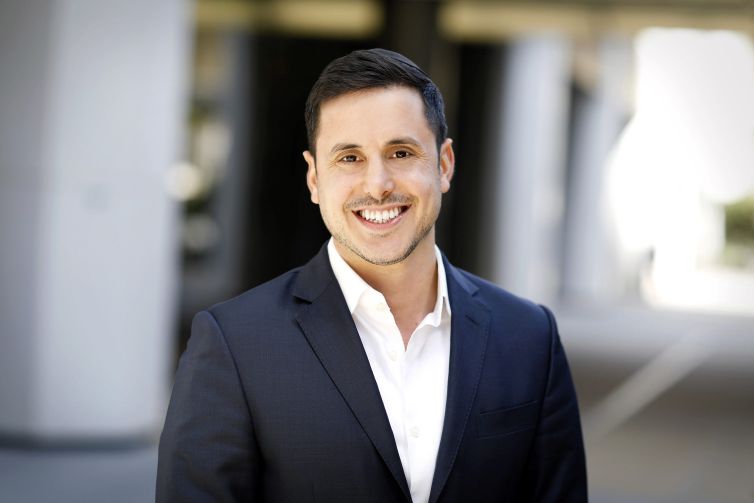 Earlier this year, I made the trip across the Pacific Ocean to Australia to meet with local Asian-Pacific investors and funds. This included a range of private and institutional investors — some of whom already have an allocation towards United States real estate, and many who have yet to invest, but are actively looking for the right group to partner with.

We were able to identify some common underlying investment themes that favor a general increase in cross-border allocation towards U.S. real estate. The responses from our investors mirrored the results from a survey released in May 2021 by the Association of Foreign Investors in Real Estate (AFIRE), in which 60 percent of responding investors noted that they intend to increase their investment volume in U.S. CRE this year. Interestingly, investors from the AFIRE survey expect the greatest increase in net capital flows into the U.S. over the next three to five years to originate from Asia-Pacific (a 71 percent increase).

Often times, when yield from a particular local asset class starts compressing, investors will look to other categories or markets with a similar risk profile in order to maintain returns that they have grown accustomed to hitting. In recent times, the commercial property market in Australia has been flush with cash from local pension (superannuation) funds, family offices, as well as fresh injections of European and Asian capital.

Instead of accepting lower returns — for roughly the same level of risk — the investors we spoke with have been looking to get creative with their capital allocations, without having to take on the extra risk. The regular, consistent cash flow that comes along with investing in a well-managed local project in the right location presents as the perfect solution for these risk-averse investors. For investors with a level of real estate knowledge, the U.S. also provides a range of opportunities for those looking to get more granular in their assessment of the market here.

Range of assets and strong markets

Long drawn to trophy assets in core markets, like New York skyscrapers and high-profile shopping malls, international investors are starting to notice other growth markets and asset classes within the U.S. Our overseas investors have started to express interest in projects that they previously may have overlooked because of the relatively unknown markets in which they were located.

This broadening of investment criteria is not limited to the groups with whom we spoke. In their recent Global Capital Outlook, Marcus & Millichap found that in 2011, the top 10 U.S. markets that attracted the most cross-border capital made up almost 77 percent of all real estate transactions made by foreign investors. By the first quarter of 2021, foreign investment into those top 10 markets had dropped to 58 percent of total U.S. real estate transactions.

This means that markets that previously received little attention (under 25 percent of allocation in 2011) are now starting to attract much more foreign investor capital (almost 50 percent in 2021). These areas include cities and states, such as Dallas-Fort Worth, Phoenix, Florida and Georgia.

The report also found that international investors are also tweaking their asset allocations. For the past year ending in the first quarter of 2021, 90 percent of international capital went towards purchasing multifamily, industrial and office assets — at a roughly even split across those three sectors. As a result, the share of cross-border allocation toward retail and hospitality, previous sweethearts of foreign capital, has dropped dramatically.

Other than those with the ability to hedge their U.S. dollar (USD) exposure, most of our overseas capital sources are concerned about how an unfavorable exchange rate shift can seriously eat into the gains made on U.S. investments.

Since the start of 2021, however, the USD has fallen against most major global currencies. This is due to several reasons, most notably, record-low bond rates in the U.S. While we don’t profess to know what will happen in the future, the current drop in the USD does provide extra incentive for overseas investors to enter the U.S. market.

Take, for example, the Australian dollar (AUD). The average price of the AUD to USD in 2021 is 77 cents, whereas this number stood at 70 cents and 69 cents for the years 2019 and 2020, respectively. This means that, on average, every dollar invested into the U.S. by Australian groups gets them 77 cents of USD exposure in 2021, versus 69 cents and 70 cents in previous years.

Our international investors are also starting to take notice of macroeconomic themes occurring in the U.S. housing market, most notably, the current lack of supply. This is, in part, due to general news coverage, but also the exposure they receive from wealth management banks acting as conduits for large local funds like Blackstone and Oaktree Capital Management. These investors, however, are big enough to invest on their own, and prefer to take advantage of the current macro themes without having to be tied down to these funds.

Many of these investors have voiced their concerns about having their returns watered down by excess performance and management fees.

While the U.S. economy is not immune to downturns, it has fared better than most global economies during the pandemic, and this has been noticed by investors in economies harder hit by the pandemic. According to the most recent numbers from the Bureau of Labor Statistics, the U.S. economy added 850,000 jobs in June 2021. Often a leading indicator of economic health, this level of job growth gives foreign investors comfort that their capital will be better protected in the U.S. than in other countries whose economies are still feeling the effects of the pandemic.

Record-low interest rates in the U.S. also make local real estate projects more appealing to foreign investment, as the low cost of capital contributes to much higher net returns for investors, without the projects having to take on high amounts of debt. Foreign investors, who often accumulate much of their wealth via real estate investment in their country of origin, see passive investment into the U.S. as a reallocation strategy. Higher interest rates in Asia-Pacific versus the U.S. are often one of the top reasons why our investors are pursuing real estate interests here in the U.S. as opposed to keeping their capital in onshore projects.

In the context of the pandemic, it has been challenging for many of our cross-border investors to enter into new deals, simply because of their inability to get on a plane and see the project due to travel restrictions. As a result, we are seeing a level of pent-up demand from these international investors, and at the moment, we are laying the groundwork for when the world opens up, hopefully sooner than later.