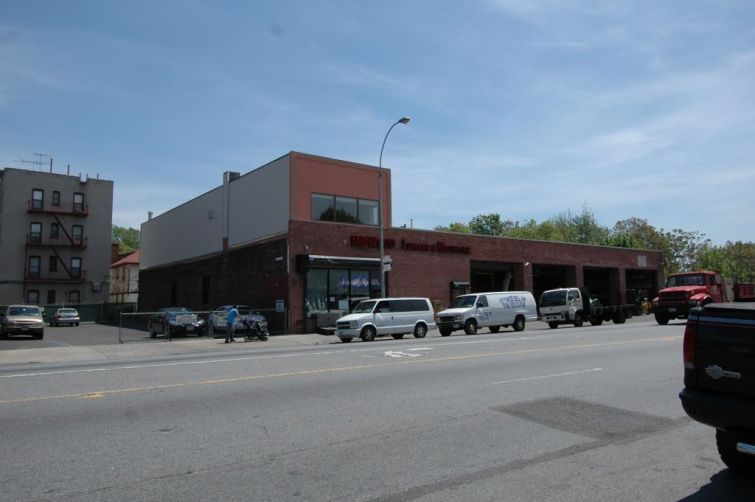 The owner of a Midwood, Brooklyn, lumber yard and construction supply store allegedly ran an illegal check-cashing business out of his shop, using it to launder $55 million to purchase real estate, diamonds, clothing and a Porsche, federal prosecutors announced Tuesday.

David Motovich, the owner of Midwood Lumber & Millwork at 1169 Coney Island Avenue between Avenue H and Avenue I, was arrested Tuesday and charged in Brooklyn federal court with bank fraud, identity theft and witness tampering.

“The defendant used a seemingly legitimate, family-run business as a front for engaging in a $55 million check cashing scheme that deliberately flouted federal banking and anti-money laundering laws,” Jacquelyn Kasulis, acting U.S. attorney for the Eastern District of New York, said in a statement. “Further, as law enforcement was closing in on his schemes, Motovich attempted to derail the government’s investigation by tampering with witnesses.”

Prosecutors allege that since 2012, Motovich, 46, operated an illegal check-cashing business that served contractors who paid their employees in cash in order to avoid state and federal employment taxes.

Motovich charged higher fees than a typical check-cashing company — ranging from 4 to 10 percent of the value of the check — and, in exchange, he did not file suspicious activity reports or report transactions of more than $10,000 to federal money laundering authorities, prosecutors alleged. He also gave his check-cashing customers fake receipts for materials or subcontracting work that they could provide if they were audited by the New York State Workers’ Compensation Board or federal tax authorities.

As part of the check-cashing scheme, Motovich created shell companies and opened bank accounts in other people’s names at various banks, prosecutors alleged. He deposited more than $55 million into the fraudulent bank accounts between 2012 and 2019. Then, he spent his ill-gotten cash on real estate, diamonds, watches, jewelry, clothing, a Lexus and a Porsche; multimillion-dollar life insurance policies for himself, his wife and other people; apartment renovations; and personal and corporate credit cards, according to prosecutors.

Finally, prosecutors allege that he tampered with witnesses by urging them not to cooperate with the government, paying them off as well as their families, and pressuring them to fire their attorneys and hire ones that he chose. Motovich’s attorney didn’t immediately return a request for comment on the case.