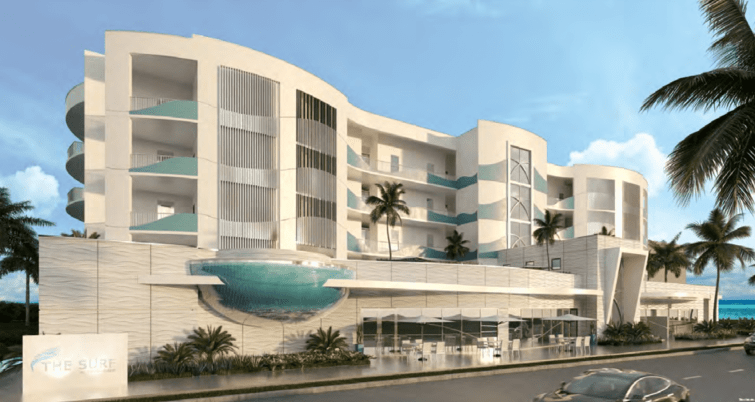 Backstreet’s back alright, and this time, one of its members is in real estate.

Trez Capital provided Cocoa Beach Development Group a $20.5 million loan for construction on a five-story, $28 million luxury condominium project, which is being developed primarily by one member of the popular mid-90s band the Backstreet Boys and his brother.

The developers, Backstreet Boys singer Howard Dorough, together with his brother John Dorough (officially known as Dorough Brothers Properties), broke ground on the project in the spring of this year. The construction loan, which closed one week ago, is for the ground-up development of the condo building at 41 N. Atlantic Ave.

“[Cocoa Beach] hasn’t been the center of attention for a very long time,” Trez Capital’s Ben Jacobson told Commercial Observer. “So to have a development like this with such strong sales so quickly, I think it’s a real testament to that. I hope it’s the beginning of a revitalization of Cocoa.”

The 25-unit building is more than 70 percent sold, with prices ranging from just under $1 million to $2.5 million and three retail condominiums for sale. The condominiums, at Minutemen Causeway and North First Street, are expected to be completed by 2023.

Trez decided to partner with the developer for the financing because, in part, of the strong sales, Jacobson said. “We’re very active in residential condo construction and this is an excellent location with an experienced developer and strong presales,” said Jacobson.

Melbourne-based Jackson Kirschner Architects and Associates is the architect for the project with Christopher Burton of Burton Commercial serving as general contractor. Alyssa Boyd of Brevard-based Sand Dollar Realty is the broker for the condos themselves.