The property, designed like a ancient ziggurat structure, is fully leased out to a California state government agency 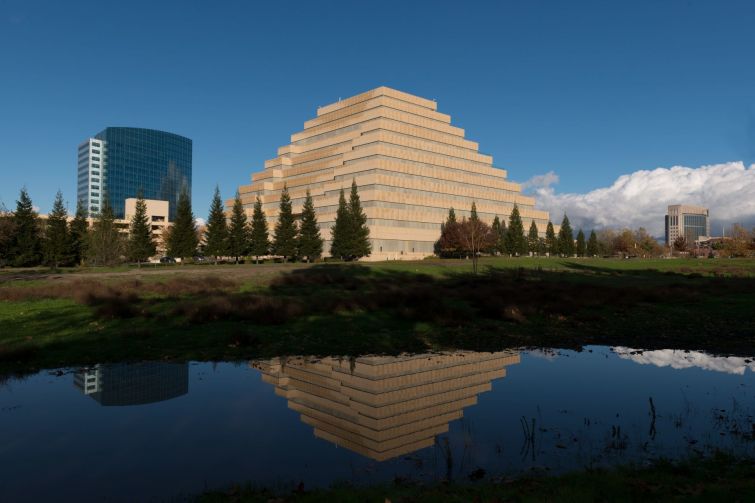 The financing package included a $59.1 million, 10-year, fixed-rate and interest-only, commercial mortgage-backed securities (CMBS) loan — originated by Citigroup — and $24.4 million in preferred equity, which, together with an $8.7 million equity contribution from Nome, allowed the firm to buy the 374,000-square-foot office building and an adjacent six-story parking garage for $90 million, according to information from Fitch Ratings and CBRE.

The funds also paid closing costs and covered the $7.2 million remaining balance of a reserve for tenant improvements.

Citigroup’s loan, which closed on July 20, will pay interest at a rate of 3.13 percent, per Fitch’s data. The lender had pegged the value of the iconic 10-story waterfront asset at $92.8 million, leading to an underwritten loan-to-value ratio of 63.6 percent.

CBRE’s Greg Grant represented Nome in the arrangement of the $59.1 million CMBS loan out of the company’s Los Angeles office.

“The Ziggurat is an iconic, institutional-quality office building, and the investment is consistent with Nome’s strategic growth initiative on the West Coast,” Grant said. “We saw strong lender demand for this opportunity given the quality of the asset, durable in-place cash flow and experienced sponsorship.”

The Ziggurat is located at 707 Third Street, along the banks of the Sacramento River in West Sacramento. The property’s design is just that of its name, resembling an old ziggurat of ancient Mesopotamia, which featured ribbed terraces that look like steps that lead up to the top of the structure, where there typically was a temple.

It is situated nearby a couple of major interstate highways, and it is just about a mile west of the California State Capitol. West Sacramento’s City Hall is also just a few blocks away from The Ziggurat, and there are a number of other state government entities that have offices near it.

One of Nome’s joint venture partners in this deal, the California State Teachers’ Retirement System (CalSTRS), is also headquartered close to The Ziggurat in West Sacramento, per Fitch.

Built in 1997, it’s been fully leased to California’s Department of General Services (DGS) since 2001, which renewed its lease for another 13 years in 2019. Once the agency renewed its lease, the seller committed about $12.3 million to renovating the property and upgrading its systems to achieve LEED certification.

The Ziggurat and the neighboring parking garage were put on the market in August 2019 for the first time in more than 20 years by its previous owner, Zurich Alternative Asset Management, the Sacramento Business Journal reported at the time.

While DGS’ lease runs through 2032, the agreement includes a “firm term” of six years, which would allow the agency to end its lease with six months notice, per Fitch. The firm term ends in December 2026, midway through the 10-year term of Nome’s CMBS loan.

That provides some optionality for DGS, being that the agency has plans to move across the river into a new, state-owned building in Downtown Sacramento at some point in the future, according to the Sacramento Business Journal’s 2019 report.