Related Cos. Might Close The Vessel Permanently After 4th Suicide 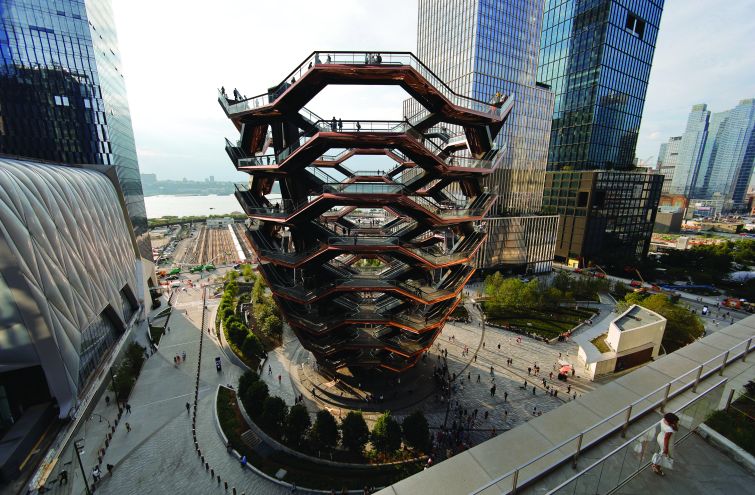 People walk on the Vessel at Hudson Yards on August 8, 2019 in New York City. Photo by Gary Hershorn/Getty Images

Related Companies might close The Vessel at Hudson Yards to the public permanently after another person died by suicide at the site on Thursday.

Stephen Ross, chairman of Related Companies, told The Daily Beast that he’s considering shuttering The Vessel for good and thought his firm did enough to prevent what happened.

“We thought we did everything that would really prevent this,” Ross told The Daily Beast. “It’s hard to really fathom how something like that could happen. But, you know, I feel terrible for the family.”

A 14-year-old boy jumped off the eighth story of The Vessel, the spiral staircase sculpture at Hudson Yards, on Thursday afternoon while he visited with his family of five, the New York Daily News reported. He was the fourth person to die by suicide at The Vessel since it opened two years ago.

Related closed the 150-foot-tall structure for four months starting in January and reopened it in May with new safety measures to reduce the risk of suicide.

Instead of following the local community board’s suggestion to install taller glass barriers on the walkways, Related required guests to climb The Vessel in groups of at least two, tripled security staff, and added National Suicide Prevention Lifeline messaging at the entrance.

The landlord also said that it would implement enhanced screening procedures to “detect high-risk behaviors” and started to charge $10 for entry, when it was previously free, to pay for those safety enhancements, the New York Post reported.

Related did not immediately respond to a request for comment.