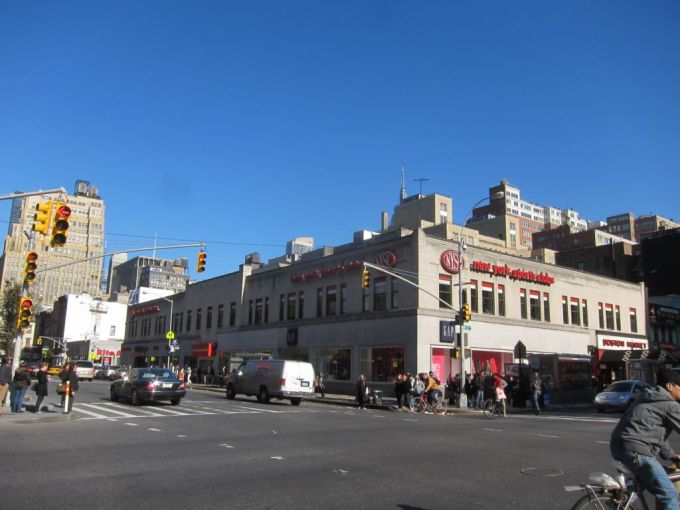 An image of the existing structure at 258-278 Eighth Avenue that will soon be demolished to make way for Alchemy-ABR and JJ Operating's new mixed-use project. Image: PropertyShark

Pacific Western Bank (PacWest) and Square Mile Capital Management have combined to provide $183 million in construction financing for the build out of a fresh, mixed-use residential development in the Chelsea neighborhood of Manhattan, Commercial Observer has learned.

The lead sponsor and co-developer in the deal is Alchemy-ABR Investment Partners, a real estate investment and development entity formed in 2015 through a partnership between Alchemy Properties and ABR Partners. The other co-developer in the project is JJ Operating, a real estate development company owned by the Jemal family, which bought the site at 258-278 Eighth Avenue about four years ago and recently filed permits to demolish an existing structure there.

PacWest supplied the senior debt in the deal, while Square Mile came in to help fill out the capital stack with an undisclosed amount of mezzanine financing, sources said.

“We are bullish on the long-term demand prospects for high-quality, transit-oriented multifamily product in New York City, and believe there will be substantial demand upon delivery in 2023,” Square Mile Vice President Eric Juster said. “The sponsors have a proven track record with excellent projects throughout New York and we are excited to be financing this transaction. We are equally pleased to be working alongside Pacific Western Bank, who has continued to be a trusted and reliable partner to Square Mile in the construction lending space.”

With the construction debt, the developers are now poised to start in the first quarter of next year on a planned 190-unit, 210,000-square-foot, residential mixed-use project on the site.

JJ Operating bought the site on which this new project will be built for a little over $107 million in the summer of 2017, helped by $68 million in acquisition financing from Signature Bank, according to city mortgage records. Permits were filed by JJ Operating in April to demolish an existing two-story building on the plot that houses a CVS Pharmacy and a New York Sports Clubs fitness center.

This deal is the second construction financing package that Alchemy-ABR has secured for a project in the last month, following its deal with partner Cain International to acquire and redevelop 125 West 57th Street for $330 million — the duo secured $250 million in debt for that development. Alchemy-ABR has tackled more than 40 projects since partnering in 2015, from office buildings to luxury condos.

Along with its apartment units, this new Chelsea development will sport 33,000 square feet of ground-floor and underground retail — 28,000 square feet of which is already pre-leased to Target — and a range of residential amenities, including an amenity-rich resident lounge; a rooftop terrace; a second-floor, landscaped terrace; a fitness center; a bicycle room; a speakeasy bar; and touchless entrances.

In a statement, Alchemy-ABR co-founders and partners Kenneth Horn and Joel Breitkopf said the closing of this transaction is a testament to their continued faith in New York, adding that they’re optimistic about the demand for apartments in Chelsea.

The multifamily and department store retail aspects of the development should play well in an area that hosts such employers as Google, Twitter and Microsoft, among others, who all have outposts in the neighborhood.