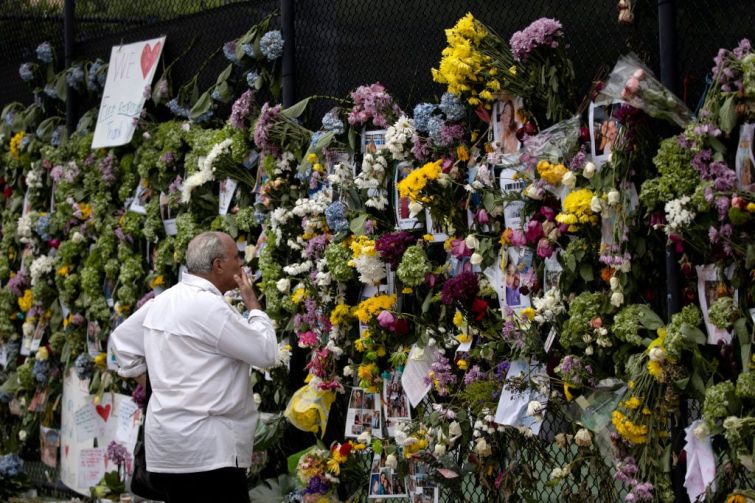 A growing number of residents have sued in the last week, and a protracted legal battle is likely.

“There’s going to be a very serious allocation issue between those people who tragically lost loved ones and those who were lucky enough to only lose property,” Miami-Dade Circuit Judge Michael Hanzman said Thursday during the first hearing on the matter, the Miami Herald reported.

Attorneys for two plaintiffs, Raysa Rodriguez and Manuel Drezner, filed separate suits seeking class-action status for residents. According to her suit, Rodriguez was asleep in her condo, Unit 907, when she awoke in the middle of the night to a disintegrating structure.

“The building swayed like a sheet of paper,” Rodriguez recounted in her complaint.

She and three of her neighbors, including a 10-year-old boy and a woman in her 80s, escaped by making their way down the stairs. Debris blocked the ground-floor exit, so they were rescued from a second-floor balcony.

In lawsuits against the condo association, several residents of Champlain Towers South allege that the board failed to address obvious structural flaws in the building before it failed.

“At the Champlain Towers South, the association knew, or, in the exercise of reasonable care, should have known, that the entire structure was deteriorating and becoming susceptible to catastrophic loss by collapse,” said a suit filed by unit owner Steve Rosenthal.

Rosenthal owned Unit 705. He survived, but many of his neighbors didn’t. As of Thursday morning, the official death toll stood at 18, and an additional 145 people were still missing.

The residents’ suits are the start of many inquiries into what went wrong at the Champlain condo building, and who might be held accountable. President Joe Biden has expressed his support for a federal inquiry, and the Miami-Dade state’s attorney plans to open a grand jury investigation. Miami-Dade County and the town of Surfside have each launched their own inquiries.

The suits by Rosenthal and Rodriguez cited a number of issues with the building, which needed close to $17 million in repairs, according to a letter shared with residents in April.

The suit mentioned cracks in the garage at the base of the building and vibrations in the building during construction of another condo building next door. Those structural problems have grabbed headlines in recent days.

The Champlain Towers South board “knew or should have known that salt and water intrusion into the concrete was likely causing ‘concrete cancer’ such that the intrusion was causing the deterioration of the concrete rebar steel, called spalling,” Rosenthal’s suit said.

Rosenthal is also suing Frank Morabito, whose firm had been hired to assess the building, and whose 2018 report had noted “major structural damage” at the property. Rodriguez’s suit also mentioned recent roof work at the building and alleged that the work atop the building shouldn’t have proceeded without a more thorough inspection.

“These issues were brought to [the] building’s attention several times, years before the catastrophe, by the residents, the maintenance manager, and in a building inspection conducted in 2018,” Rodriguez’s suit said. “The building continuously neglected these warnings.”