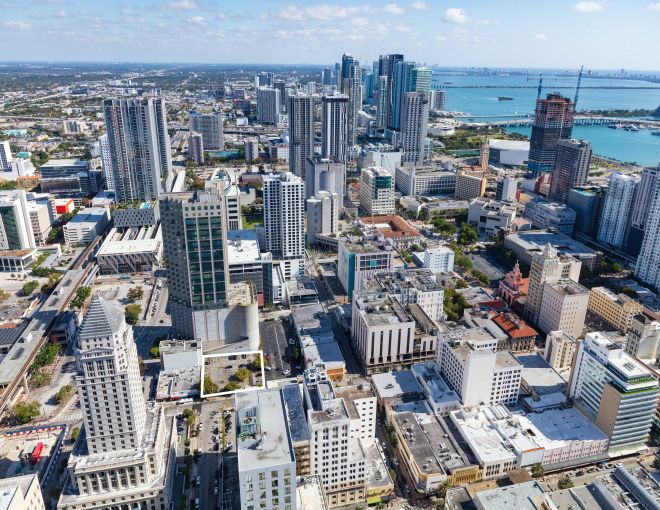 Miami developer Moishe Mana just expanded his substantial Downtown Miami portfolio with the purchase of a parking lot for $12.4 million.

The 22,500-square-foot lot adds to the developer’s assemblage of properties in Downtown Miami for his long-planned tech hub project. The sale, covering three parcels at 35-49 NW 1st Street, adds to Mana’s 60-plus properties in Miami’s downtown area, spanning more than 1.3 million square feet.

The deal is just another example of Miami’s piping hot commercial real estate market, Colliers’ Mika Mattingly, who brokered the deal for the tenant and landlord, told Commercial Observer.

“We had basically no sales in 2019, and then [with] COVID, [it] went extremely dark,” Mattingly said. “Then, even before COVID started to resuscitate in other areas, Miami already was improving rapidly, before anywhere else. Within the last six months, almost every solitary land parcel in downtown [went] under contract.”

Mana declined to comment on the specifics of the deal, but it will be a part of the company’s plans for a global tech and innovation hub in Miami’s downtown, a spokesperson confirmed. The center would potentially include residential units, a hotel, and a food and spice market, according to The Real Deal.

“We’re committed to reviving the Flagler District through sustainable revitalization,” Mana said in a statement. “We are using the existing structures to preserve the character of the neighborhood while building a tech ecosystem that prioritizes the community’s needs.”

The parking lot could be turned into a variety of projects under its T6 zoning code, which allows for a building on the property to reach a maximum of 80 stories, and to be used as residential, hotel or commercial space.

M&M Parking closed on the sale on Friday. The property’s price tag has gone up since it last sold in 2013 for $3.94 million, according to the South Florida Business Journal.