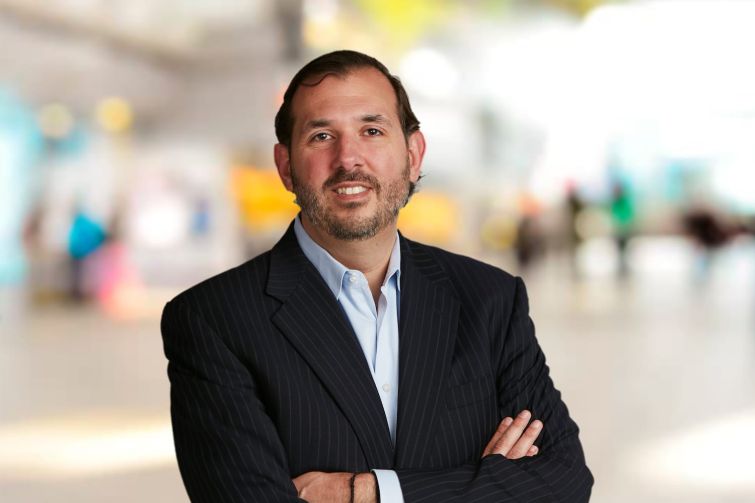 Dimitri Georgelakos, a retail leasing specialist for Washington, D.C.-based KLNB, focuses his efforts on the leasing of new development and existing assets, as well as tenant representation in the D.C. metro area.

After a year-long leasing freeze, retail activity in the D.C. region has picked up in the last quarter. Downtown retail vacancy had increased from 10.3 percent prior to the pandemic to 22.6 percent in the first quarter of 2021, while Georgetown saw vacancy rise from 8.4 percent pre-pandemic to 16.6 in the same time period, according to recent KLNB data.

But, with the pandemic mostly behind us, Georgelakos is seeing retail activity coming back in full force and expects the momentum to continue in the months ahead. That being said, with the office workforce still largely working from home, core business areas continue to lag behind more residential and suburban areas.

Some of his recent deals include At Home signing for 100,000 square feet at Woodmore Towne Center in Glenarden, Md., opening in early August; Lidl moving into a former 36,000-square-foot Safeway in McClain, Va., opening in 2022; and Chick-fil-A signing a 4,400-square-foot lease at 702 Seventh Street in D.C., opening sometime next year.

Georgelakos spoke with Commercial Observer about what he’s seeing in the retail sector and why he’s optimistic that leasing in the District will continue to thrive.

Commercial Observer: How would you depict D.C.’s retail sector as of where we are today?

Dimitri Georgelakos: The activity and pace of leasing have really picked up dramatically in the past 90 days. As soon as the vaccines started rolling out on a widespread basis, it was like the floodgates opened up and we were off to the races again. In fact, I would say that the last three months have actually been more active than what we were seeing right before the pandemic — and we were in a really good market back then.

But now, the public appears to have fully embraced the opportunity to get back out into the community and take advantage of the widespread reopenings we’ve seen. The result has been a retail sector that seems to be accelerating way past where we were before everything came to a halt. For almost 18 months, businesses have been sitting on the sidelines, anxiously waiting for the chance to go back to business, and now that they can, they are eager to make up lost ground with incremental store opening plans.

Who is more in the driver’s seat for deals: landlords or tenants?

I think both landlords and tenants are eager to make deals, so most of the transactions are quite fair and good for all parties. The result is our current market, where no one truly has the upper hand, and I think that’s very much reflective of the retail category and the submarket location. Having said that, the one outlier we’re seeing are full-service restaurants. They appear — at this point, anyway — to be able to secure better economic deals over other retail categories.

What kind of concessions are happening?

Generally speaking, the concessions are pretty similar to pre-pandemic terms, with one exception: full-service, sit-down restaurants. Compared to first-generation dining spaces, second-generation properties offer superior infrastructure in terms of utility capacities, existing grease traps, plumbing, venting, and other core components. Naturally, [for] a tenant or buyer, not having to address these areas creates sizable cost savings in terms of the overall buildout budget. As a result, there is a lot of pressure on those first-generation properties that are currently on the market, since they require more infrastructure to stack up to second-generation spaces.

What sort of deals are you seeing?

Grocers, fast food, [quick-service restaurants], gas stations, and other general service-need categories are very active right now. We are also seeing a lot of activity from junior-anchor and large-format anchors.

What areas are seeing the most activity?

In the D.C. region, the suburbs are seeing the greatest amount of activity compared to the urban core markets. That is mostly due to the lack of a daytime population coming back to work, but I think we will have a better idea of what the real daytime numbers look like this fall, when the workforce returns in greater numbers. Interestingly, we are seeing an uptick in activity from white tablecloth and finer dining restaurants. I feel that is a positive indication that the expense-account consumer will be back to their pre-pandemic activities in the coming year.

What are the locations seeing the biggest drop and why?

The [central business district] and more urban areas that had high pre-pandemic workforce numbers have felt the largest drop in comparison to other areas. Clearly, the workday component is a big driver in these markets, but I do believe the daytime populations will continue to get substantially bigger over time. It’s simply a question of when those populations will be back in earnest, and when they do return, what the “new-normal” workweek is going to become.

What will it take for things to get back to somewhat normal in your opinion?

Honestly, from a leasing perspective, I think that we are almost back to normal. Retail sales are increasing daily, restaurant volumes continue to rebound, foot traffic in malls and shopping centers are now exceeding pre-pandemic levels — and with all of this renewed consumer interest, retailers are actively making new deals.

What is your outlook for the rest of this year and 2022?

I am very bullish on the balance of 2021, and believe that activity will keep accelerating for the rest of this year and continue well into 2022. There are some who say it’s a bad time to be in commercial retail real estate because of the increase in e-commerce, and some of the older legacy retailers shrinking store sizes and adjusting their platforms.

But, I think it’s just the opposite. This is when the innovation happens and when the reimagining of older concepts is born. Malls that have been on their last legs for decades are being repurposed, and the addition of new ideas and different ways of connecting with customers will continue to accelerate. In my opinion, this is one of the most exciting times to be in commercial retail real estate and I am thrilled to be a part of this next chapter. Bring it on!