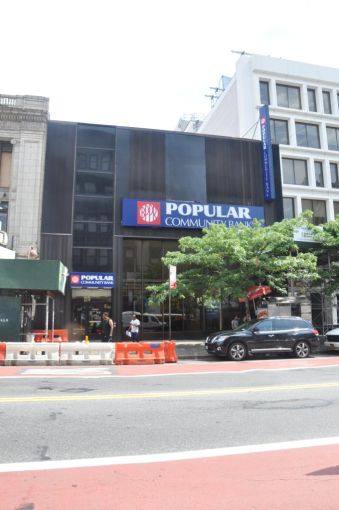 The discount variety store will be the only tenant in the one-story building, taking 5,000 square feet. Asking rent was $125 per square foot.

“Discount as a whole during the pandemic … has done exceptionally well [with] people looking for bargains,” said Augenbaum Realty‘s Josh Augenbaum, who brokered the deal on behalf of the tenant. “The area is only going to continue to get more dense, more fluid and more populated.”

The deal, finalized on Thursday, puts family-owned and operated Best Deals where a Popular Community Bank once stood in Harlem, near the landmark Apollo Theater, according to Augenbaum.

“They’re excited,” Augenbaum said. “They’ve been looking on the street for quite some time and they finally found the landlord to partner up with them.”

Augenbaum handled it for the landlord, while Oxford Property Group’s Michael Grabelsky and Gregg Slotnick of Slotco Realty Advisors represented the tenant. Slotnick declined to comment.