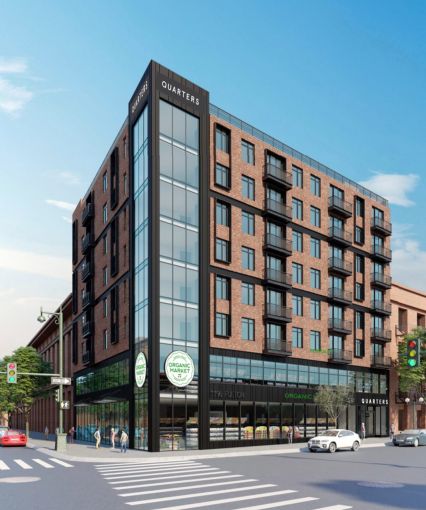 Jokr, a delivery startup that turns storefronts into small fulfillment centers, plans to open a location in a new mixed-use development in Bedford-Stuyvesant, Brooklyn, Commercial Observer has learned.

The startup signed a 10-year lease for 3,200 square feet on the ground floor of 1190 Fulton Street on the corner of Bedford Avenue, according to landlord broker Josh Augenbaum of Augenbaum Realty Corp. Asking rent was $70 per square foot.

Jokr was founded earlier this year by German entrepreneur Ralf Wenzel and aims to deliver a range of goods within 15 minutes from what it calls micro-warehouses planted around the world, Reuters reported. The company raised $170 million in Series A funding last month.

The Bed-Stuy outpost is part of an aggressive expansion plan in New York City, where Jokr plans to turn up to 100 storefronts into its warehouses, The Real Deal reported.

“This tenant will be a beautiful addition to this new mixed-use building in the booming section of Bed-Stuy,” Augenbaum said. “They’ll fill the needs of all the residents in the building along with the surrounding area.”

Augenbaum represented the landlord, Bawabeh Brothers, in the deal, while Kassin Sabbagh Realty’s Solomon Sharaby and Sam Chera handled it for Jokr.

Sharaby said that Jokr is “close” to “full Manhattan coverage” and this is one of 10 deals the startup signed in Brooklyn.