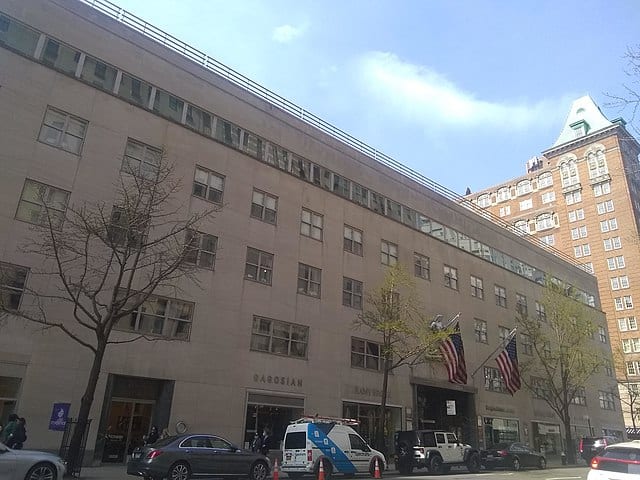 RFR Holding has nabbed a $238 million loan to refinance its office and retail property on Manhattan’s Upper East Side.

RFR and Newmark officials could not be reached for comment on the deal. Credit Suisse officials declined to comment.

The financing was first reported this morning by Commercial Mortgage Alert.

RFR will use loan proceeds to retire $230 million of existing debt that was due in May, provided by New York Community Bank and Invesco, according to sources. The firm will also use some proceeds for leasing costs and tenant improvements.

The 72-year-old 980 Madison property is anchored by the Gagosian Gallery, which occupies a 56,000-square-foot headquarters in the building along with art exhibit space, according to offering memorandum documents. The company has four years remaining on its current lease term and recently invested $5 million to renovate interiors of roughly half its footprint on the fifth floor.

Other large tenants include Ramsfield Hospitality Alliance and JN Contemporary Art, which, like Gagosian, also have leases running until early 2025. The property also houses ground-floor and basement retail space.