US Libraries Hope for Billions in Federal Aid for Infrastructure

Funding would be the largest congressional amount since 1997, and advocates say it can’t come soon enough 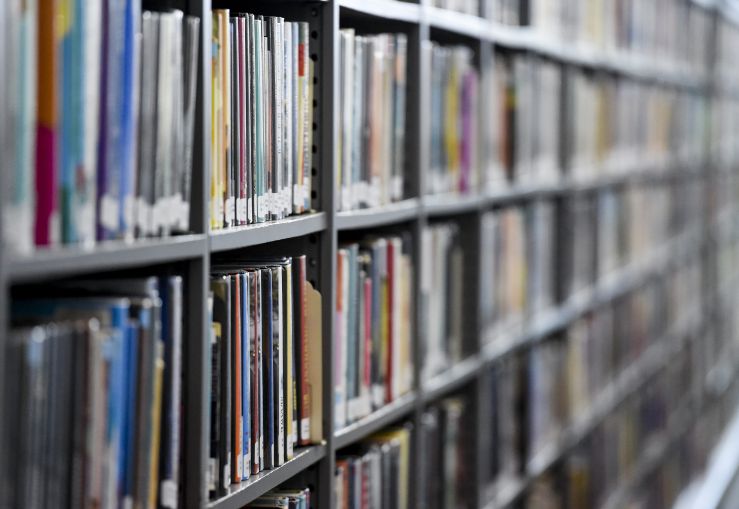 In New England, some public library buildings went up around the time of the Dewey Decimal System’s introduction in the 1870s. In Texas, flooding from Hurricane Harvey in 2017 is still a problem in library facilities. In California alone, the public libraries need at least several billion dollars in repairs.

These conditions explain why, this past winter, a bipartisan group of federal lawmakers introduced legislation that would provide $5 billion in funding to upgrade and repair such real estate throughout the U.S.

The Build America’s Libraries Act would run the aid through the Institute of Museum and Library Services, a federal agency, to state library systems. These systems, in turn, could award grants on a competitive basis for everything from better broadband capacity, to future-proofing libraries against the effects of climate change, to bulking up services in underserved communities.

The legislation has, so far, gained little traction. It’s still awaiting committee votes, and it’s unclear if it would be a priority in a Congress that a wider debate on infrastructure currently dominates. Plus, should the funding get to the libraries and library systems that need it, rounds of challenges then await — approval processes to navigate, contracts to award, construction timelines to set, and more — all against the backdrop of reopening from a year-plus of COVID.

Still, the spending would represent the largest, single congressional expenditure dedicated to libraries since 1997.

The nation’s approximately 17,000 public libraries, covering some 210 million square feet, could certainly use the cash, according to statistics from the American Library Association (ALA), which backs the Build America’s Libraries Act, along with a slew of other bibliophilic groups, as well as the American Institute of Architects (AIA) and labor giant the American Federation of Labor and Congress of Industrial Organizations (AFL-CIO).

The average U.S. public library building is more than 40 years old — but that’s just the average in this sometimes-forgotten nook of the built environment.

“We have library buildings that were constructed over 100 years ago,” said Karen Mellor, chief of library services for the state of Rhode Island and co-chair of the public policy committee of the Chief Officers of State Library Agencies.

Unsurprisingly, the need for repairs in Rhode Island and out across the country runs the gamut, from dodgy HVAC and plumbing systems, to crumbling foundations and roofs, to stubbornly flooded basements. There is also the ongoing need to make decades-old properties compliant with the Americans With Disabilities Act (ADA), and to provide the sort of technological bells and whistles — like tablet ports and phone-charging stations — that patrons now expect.

The $5 billion in the pending legislation, too, would only scratch the surface, especially when upgrades like better broadband are factored in.

“We have approximately 40 libraries,” said Stephen Chamberlain, senior project manager for the division of the Houston Public Library that oversees its facilities. “If we’re renovating one per year on a major scale, we end up with a full renovation every 40 years. Now, we may be doing more than that some years — some years, two or one and a half.”

Such a pace means that maintenance and renovation itself, never mind construction, can’t really keep up with demand.

The ALA used assessments from nine states and the District of Columbia that found more than $8 billion in construction and renovation needs. Extrapolating that out to the entire U.S., the ALA found that the nation’s public libraries probably need $32 billion in work. California’s state librarian, Greg Lucas, and Santa Monica’s city librarian, Patty Wong, wrote in April that California by itself needs nearly $6 billion in repairs and construction.

“As it stands now, it will take 25 years to meet today’s needs,” ALA President Julius C. Jefferson Jr. said in a May statement on the federal legislation. The same statement called public libraries “as vital to our nation’s infrastructure as highways and bridges.”

The language was deliberate. The infrastructure proposals from the Biden administration and congressional Republicans do not include funding for library facilities. Though, the general air of debate over what are, in many cases, long-urgent infrastructure needs has library advocates hopeful. They are seizing the moment with the federal legislation.

For another moment might not come again for decades.

Federal legislation in the 1950s and 1960s established the mechanism and approach for federal funding for public libraries. Both hinged on the idea of building — which meant new construction, new additions, and new renovations.

Legislation that took effect in 1997 — the Library Services and Technology Act (LSTA), which is now the sole federal program exclusively for libraries — focused instead on just that: services and, especially, technology as the web and internet unspooled to more parts of the country. The LSTA provided regular federal funding infusions for public libraries, but without that previous emphasis on capital costs and building.

The current pending legislation is designed to rectify that, in part, by supplementing LSTA funds and funding from other sources like states and localities. But should this new federal funding come through, putting it to work could take years, with facilities degrading further.

Take the District of Columbia public library system right in Congress’ backyard. It took 13 years and around $500 million to modernize its 26 libraries, including three years and $211 million to modernize its flagship Martin Luther King Jr. Memorial Library. Part of the longer timeline was the simple planning and contracting that comes with most public works projects, according to a D.C. system spokesman, while another part was the need for approvals from myriad boards and commissions, including those vested in historical preservation.

Shovels in the ground, too, do not necessarily signal success. The sheer demand for work can beget more work — and the rising costs of materials and a gnawing construction labor shortage coming out of COVID are not helping things.

“If you’ve got to do a major renovation, it’s usually about a year for design and permitting, and then it’s maybe up to another year for construction, depending on the amount of work that needs to be done,” Houston Public Library’s Chamberlain explained, citing costs as a particular bugbear for managing the expectations around library work.

“Let’s say you had a budget, you had a design, you go and have the contractor do the job, and they say, ‘Hey, we’re 10 percent over,’” Chamberlain said. “What’re you going to do? You’re either going to have to go back and cut the design, or you’re going to take it out of the next project, if that’s possible. And, then, what’d you do with that project?”

The situation creates a kind of doom loop. Systems never really overtake the demand for improvements. So, absent federal funding, library systems nationwide will continue to upgrade and repair buildings, or build new ones, with a patchwork of local and state funding, private donations, and partnerships. Some of these partnerships involve opening in private projects or co-locating with other area government agencies.

The patchwork can fray easily and unexpectedly. Houston voters in November 2017 approved a $123 million bond plan for their libraries that hinged on upgrades and construction designed to foster equity. Hurricane Harvey hit about 10 weeks before the vote, and then came COVID. Dealing with those events altered the plans and delayed other parts.

“Quite frankly, without a significant source of funding, we really will not be able to realize it in the way we envisioned,” Nicole H. Robinson, the Houston Public Library’s deputy director of administration, strategic partnerships and initiatives, said of the 2017 bond package.

Right now, the Build America’s Libraries Act is awaiting committee action in both the U.S. House and Senate. Requests for comment to the offices of its primary sponsors, Michigan Rep. Andy Levin and Rhode Island Sen. Jack Reed, were not returned. Meanwhile, library systems are poised to start and to continue projects long in need of attention. They are well aware of the costs of the status quo.

“There is no other institution that provides that range of services that helps support Americans of every hue and every need,” Rhode Island’s Mellor said. “Libraries are neutral places that everyone can take advantage of.”