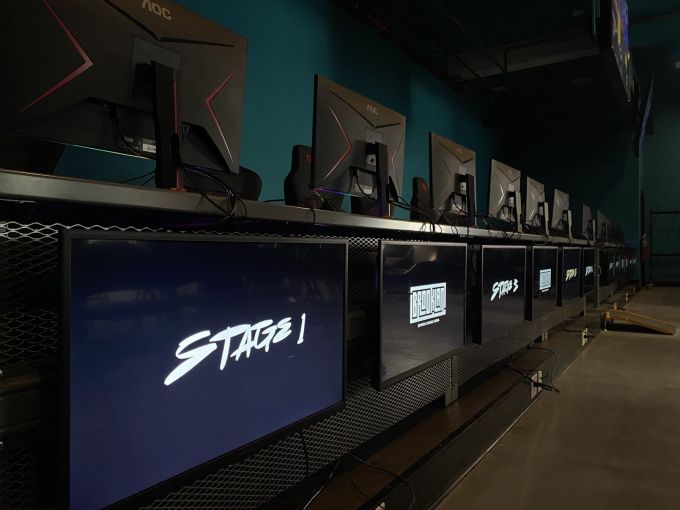 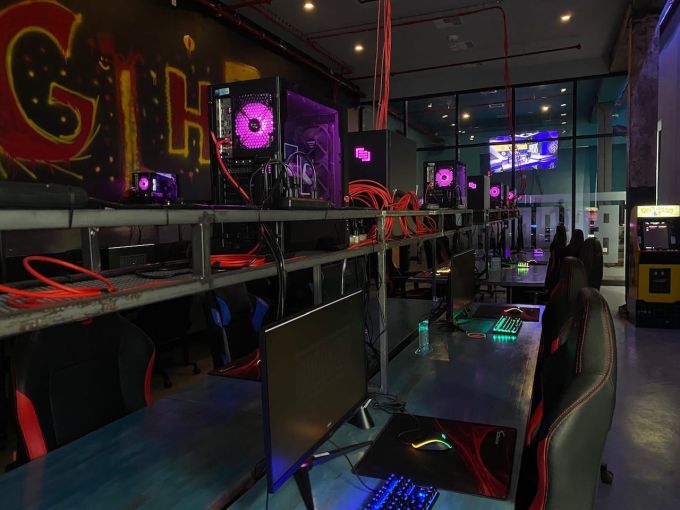 BrookLAN was originally announced in 2019, but its opening was delayed by the pandemic. Photo: BrookLAN 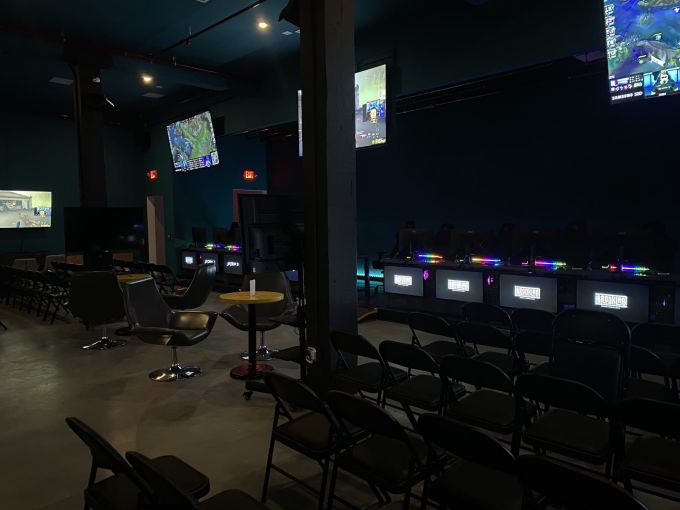 BrookLAN has 38 consoles and PCs to play by the hour, a dedicated live-streaming room and a 100-seat theater for gaming competitions. Photo courtesy BrookLAN
Previous Next

The city’s pro gamers, scrubs, and noobs have a new place to level up, or rage-quit in disgust, now that BrookLAN opened its Bushwick, Brooklyn, gaming venue to the public last week.

The esports lounge and arena is easily the largest networked gaming center in the city and resembles a 21st-century arcade, the first of its kind in the borough.

Gamers can use one of the limited action network’s (LAN) 38 consoles and PCs for $5 per hour to play Fortnite, NBA2K, Counter-Strike, Overwatch, and other esports, while getting comfortable in MAINGEAR chairs and HyperX headsets. There’s also a team practice room, a full kitchen and bar, and a dedicated live-streaming room for creating content.

But the 339 Troutman Street venue’s biggest draw is a 100-seat theater for casual fans to view competitions. Three gaming tournaments have already been booked for July, including a Call of Duty “Cold War Tournament” with a $4,500 prize.

“From viewing parties to various community events and tournaments; we will have something for everyone,” BrookLAN co-founder Alec Polsley said in a statement. “We want this to be a home for the community.”

He was attracted to the neighborhood whose nearby corridors have been home to live entertainment destinations — such as House of Yes, Elsewhere, the Bushwick Starr and Lot45 — along with dozens of bars and restaurants. A 500-capacity music venue, run by a former Live Nation president, will open a block away in late September.

The neighborhood near the Jefferson Street stop remained well trafficked through the pandemic, even though the city’s nightlife scene lay fallow for months. The building wasn’t collecting revenue, either, and BrookLAN’s partners built out the venue themselves in the meantime, said Eric Mann, CEO and president of the Mann Group, which owns the building.

“A lot of people were getting [Paycheck Protection Program] loans, but we never opened. We didn’t have income or losses to qualify for anything,” Mann said. “We didn’t charge rent for that period to BrookLAN; we wanted them to open. We knew it would be a tremendous success for the community.”

Some tenants who originally signed backed out of their agreements last year. A few came back, hoping for better deals, but Mann had already filled the space. He says his retail leasing attorney has “never been busier” and properties in Williamsburg are undergoing bidding wars.

BrookLAN was supposed to launch from a converted warehouse space last May, but the pandemic delayed its opening by 13 months. Excitement among the gaming community beyond North Brooklyn has been simmering ever since.

“When we took the paper off the windows, people started to come up to the building and ask, ‘Is this what I think it is?,’” Mann said. “I brought my 12-year-old and she couldn’t leave. She was on there for two hours.”

Mann bought the 18,000-square-foot former warehouse at 339 Troutman three years ago, with the intention to convert it into an experiential entertainment complex with a brewery, a cafe, and a pilates studio.

But the gaming venue could have far-reaching effects on the region’s economy. Esports are already a multibillion-dollar industry, with events regularly selling out venues like Barclays Center and North America’s first purpose-built esports arena in the works in Philadelphia, and its owners hope it will attract gamers from far outside the city. BrooklynLAN plans to offer scholarships and science and technology workshops for public school children, too.

“This is a different trend than an escape room. Those venues don’t fill up stadiums,” Mann said. “In the old days, parents would tell kids don’t play video games. Now parents think twice because Stanford is giving scholarships to gaming and kids are making millions of dollars.”