Ashkenazy Must Pay Its Share of $136M Default at Marriott Hotel: Judge 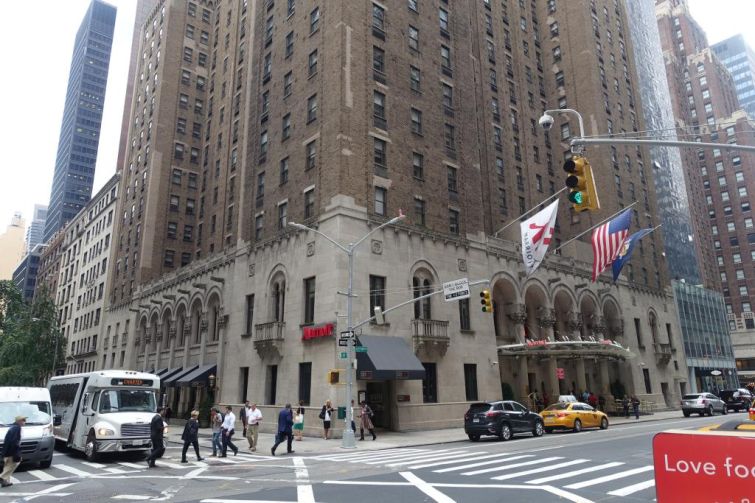 The legal drama between the joint venture owners of the former New York Marriott East Side hotel appears to have ended, after a judge ruled Thursday that Ashkenazy Acquisition Corporation must pay its share of a defaulted $136 million loan on the property.

An appellate court tossed out a lower court’s decision and ruled in favor of Deka Immobilien Investment GmbH that Lexington Avenue Hotel LP  — a joint venture between Deka and Ashkenazy — is on the hook for a $136 million loan. Deka shelled out for the full amount to cure its default last year, court records show.

A spokesperson for Ashkenazy, which was not a direct party in the suit, declined to comment.

Deka and Ashkenazy picked up the 655-room hotel at 525 Lexington Avenue for $270 million in 2015, with Deka owning an 85 percent stake in the JV and Ashkenazy serving as the general partner. The pair tried to offload the property starting in 2016, as the city’s hotel market softened, and last year, the Marriott hotel permanently shuttered during the coronavirus pandemic.

The legal issue started in July 2020, when the $136 million loan from German lender Bayerische Landesbank (BayernLB) came due. The JV repeatedly asked for an extension on the debt, but BayernLB declined, court records show.

Deka, which was the guarantor of the loan, ponied up the full $136 million to pay off the debt and clear the default, then sued the JV in August to get its money back.

The German investment fund pushed for a judgment without a trial, but lawyers for the JV argued that Deka was still on the hook for the loan, regardless of whether it came from the JV or not.

“The problem here is that Deka is saying they are trying to get off scot-free. They are trying not to pay this money that is due,” Schlam Stone & Dolan’s Joshua Wurtzel said during a hearing, court records show. “It was not that it was a Deka debt that was not there, they are 85 percent responsible for that, so of course they will want to be sure their banking relationship with Bayern is protected when they are on the hook 85 percent anyway from this loan.”

A court denied Deka’s original motion, saying that the dispute should go to trial, but the New York Supreme Court‘s Appellate Division overturned that decision on Thursday and ruled that the loan agreement clearly states the JV should pay up in case of a default.

The case is the latest in a string of legal battles between Deka and Ashkenazy over the hotel.

Deka sued Ashkenazy in 2019, claiming that Ashkenazy failed to close on a $174 million deal to take full control of the hotel.

And, in February, DekaBank — which Deka is a subsidiary of — filed a complaint to foreclose on the 35-story hotel after the JV failed to pay a $53 million mortgage once it came due on June 30.