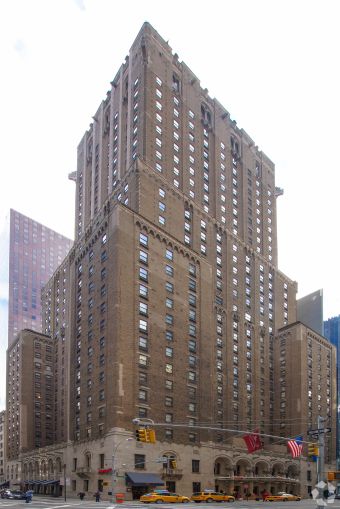 German investment fund Deka Immobilien Investment GmbH is suing Ashkenazy Acquisition after Ashkenazy pulled out of the $174 million purchase of a Marriott hotel at 525 Lexington Avenue in Midtown East.

The joint-venture partners are in a legal spat after Ashkenazy failed to close last month on its acquisition of the 35-story property, according to a lawsuit filed today in Manhattan Supreme Court.

The firms had acquired the 655-room hotel, located between East 48th and East 49th Streets, for $270 million in May 2015. Deka has an 85 percent stake in the property, while Ashkenazy controls the remaining 15 percent.

Ashkenazy had signed a contract in March for the $174 million purchase, the complaint said. The original closing date of June 24 was pushed back twice to July 22nd. Five days before the sale, Ashkenazy said that it would not be able to close the deal because it had been unable to obtain acquisition financing from Barings, an investment management firm owned by MassMutual.

Deka is arguing that it is entitled to $2 million in funds that Ashkenazy had placed in escrow with Chicago Title Insurance Company, which is also named in the suit. The German real estate company claims that Ashkenazy not only violated the sales contract by failing to close on the purchase, but by also failing to take over the unionized hotel’s collective bargaining agreement.

Executives at Ashkenazy, and lawyers for Ashkenazy and Deka didn’t immediately respond to requests for comment.