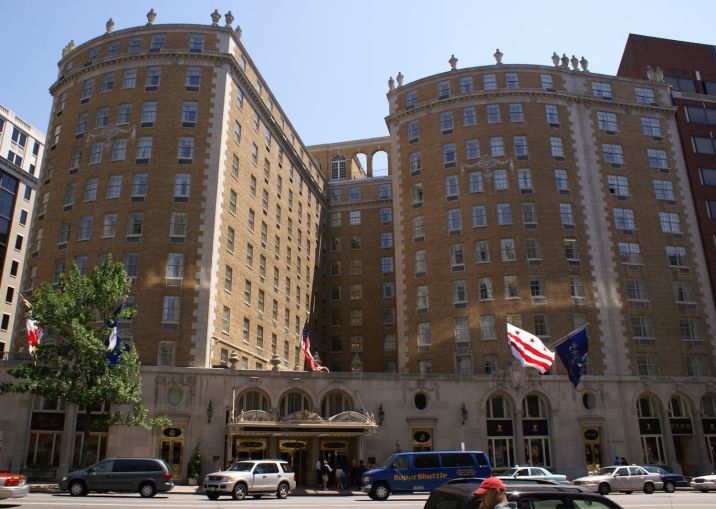 In a deal first reported by CoStar Group, Apollo completed the purchase of Rockwood’s stake in the property for $86 million. Apollo was previously among a group of lenders who provided Rockwood with $160 million in 2015 to refinance a commercial mortgage-backed securities (CMBS) loan on the property.

Located at 1127 Connecticut Avenue NW, the 657-key downtown hotel dates back to 1925 and has welcomed a who’s who of celebrities, politicians and other dignitaries, including former President John F. Kennedy, Winston Churchill, Amelia Earhart and J. Edgar Hoover.

But despite its legendary status, the hotel—and Rockwood—has had a rough run of it. Rockwood acquired the hotel in 2007, at the height of the market, in a $260 million deal, financing it with a $200 million securitized loan. But a scandal in 2008, followed by the great recession diminished the appraised value of he hotel, and it fell to $160 million in 2010, from $285 million in 2008, according to CMBS documents. At that valuation, with a $200 million loan against it, the hotel was way over-leveraged, and Rockwood had to structure the loan.

In 2015, with the CMBS loan was reaching its maturation, Rockwood refinanced the hotel with the $160 million loan from Apollo and others. That year it also lost its Renaissance branding and sold off 71 rooms to Marriott International to use as part of its points-based Marriott Vacation Club Destinations program for $32 million. The hotel giant also took over management of the hotel, and it is currently managed by Marriott’s Autograph Collection.

And then, of course, came the pandemic. Not surprisingly, the Mayflower was impacted greatly by the arrival of COVID and was forced to lay off workers early on.

In February, Stuart Rothstein, Apollo’s CEO, noted that the hotel was doing the best it could in the environment on an earning’s call, according to The Motley Fool. While it saw some occupancy due to health care workers, National Guard troops and others connected to the events of last year, there was “still work to be done,” Rothstein said on the call.

A new report by the American Hotel & Lodging Association revealed that what the Mayflower experienced is not much different than the rest of the hotel industry.

According to data in the report, urban markets continue to face a severe financial crisis as they have been disproportionately impacted by the pandemic. In May, revenue per available room (RevPAR) was at $51 per room, down 65 percent from the same time in 2019 in Washington, D.C., while urban markets overall showed a decline of 52 percent, according to the AHLA report.