While good news was in short supply throughout 2020, Westchester County housing saw a boom, largely as a result of the flight from the dense confines of New York City. 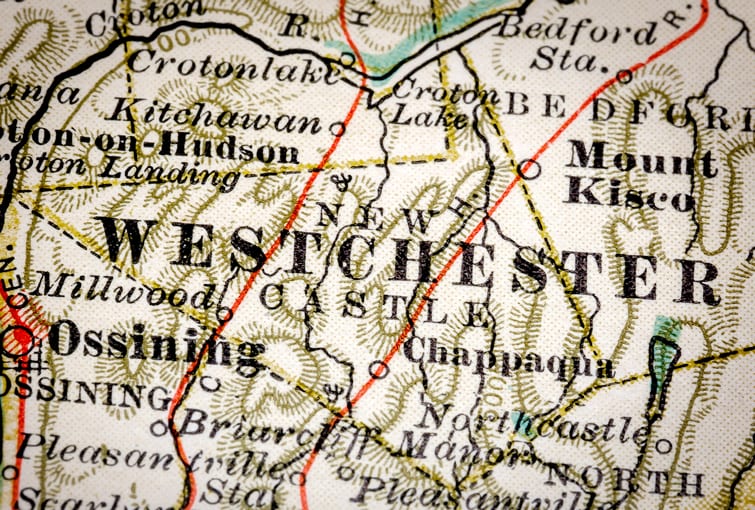 In a March article, Crain’s New York Business stated that New Rochelle “has more than 30 approved projects” that will add 12,000 to 15,000 residents to the city’s current count of 80,000 over the next few years. And a study from Houlihan Lawrence, the county’s largest residential broker, noted the intense demand, as “2020 featured year-to-year growth of 13.6% in homes sold, with the median sale price climbing 11.5%, to $947,000.”

These figures add up to a hot market as Westchester residential development finds county homes in fierce demand, with supply racing to provide the necessary inventory.

“The demand for multifamily housing in Westchester was great prior to the pandemic, and the pandemic further accelerated that,” said Andrew Weisz, an executive vice president of RPW Group. “We have a couple thousand units under construction, and we’re going to need a couple thousand more. So, the demand is great, and there’s a lot of excellent product being brought to market.”

By way of example, Weisz cites his company’s 303 luxury rental units across three buildings at 1133 Westchester Avenue in White Plains, the former site of IBM’s world headquarters, which RPW is developing in conjunction with The NRP Group. Construction on the project began in the middle of the pandemic.

“We broke ground in July,” said Weisz, “and there’s a number of projects that are either in the final stages of entitlement or just about to break ground. So, COVID really hasn’t slowed down the appetite to build.”

In fact, COVID might be responsible for an increase in new projects under development.

“Over the last five years, you’ve seen this influx of developers flocking to Westchester, and lately, you’ve only seen that accelerate,” said Joseph Graziose, senior VP, residential development at RXR Realty. “You’re seeing a ton of projects that had been planned and entitled over the last five years really start delivering, especially in transit-oriented locations like Yonkers, New Rochelle and Mount Vernon. You’re seeing an influx of institutional developers coming into these cities and developing multifamily, market-rate and affordable housing.”

Evidence of increased demand for Westchester housing is everywhere.

A Berkshire Hathaway Q1 2021 report noted that “home sales remained red-hot across Westchester County. Sales of single-family homes, condominiums, and cooperatives were up 41.6%, 30.5%, 30.0%, respectively, year-over-year (2020 vs. 2021), and average days on the market dropped for all home types. The primary real estate challenge in the Northeast continues to be the lack of inventory, with new single-family home listings in Westchester County down 7.4% year-over-year and demand skyrocketing. Condominiums and cooperatives saw tremendous sales increases in the first quarter due to buyers looking for alternatives to a single-family home purchase.”

Graziose noted that there are many markers indicating that demand for Westchester housing is strong.

“People coming to tour properties here are at an annual high,” Graziose said, “and our buildings that might’ve seen a dip in occupancy early on in COVID and into last summer have picked up and are now at pre-COVID levels of occupancy.”

The boom is being felt throughout the county, though the desire to be close to New York City has an impact.

“While we have seen an incredible surge of multifamily development, it has mostly centered around cities in the southern part of the county with access to short Metro North train rides into Manhattan,” said William Saya, an audit partner and co-leader of the real estate practice group at Berdon.

“The expected typical workweek for many people will include at least one or two days at home, so it will be interesting to see to what extent this leads to a further surge in demand for housing in the cities and towns in the more northern part of the county, where you get ‘more for your money’ while sacrificing commuting time,” he added.

And while much of this demand has been driven by escaping New York City residents, the Berkshire Hathaway report noted that former Westchester residents have also been returning. And that “while the chief driver of the migration has been COVID-19, there are undoubtedly other factors for moving into and around Westchester County such as education, healthcare, accessible mass transit back into urban centers, and proximity to major airports.”

There is also, of course, the age-old reason people move to the suburbs from urban centers: more space.

“As people de-densify and look for larger residences, Westchester becomes a no-brainer,” said Weisz, who noted that despite the pandemic, asking rents for RPW’s Westchester properties not only remained stable, but in some cases rose. “And you’re still only a 30-minute train ride from Midtown Manhattan.”

Graziose believes that one additional factor is people relocating within the county.

“You’ve seen this exodus of folks from New York City to Westchester moving into multifamily buildings, but you’ve also seen single-family home sales at an all-time high,” he said. “Folks listing their single-family homes are not necessarily moving out of Westchester County; they’re downsizing. They might be an empty-nester, or a young professional still living at home and their parents sell their home, so they’re moving into a multifamily building in Westchester.”

Westchester multifamily has also benefitted from the growing trend of office space being converted for other uses in the wake of the work-from-home trend.

“We have seen developers demolishing office buildings, then getting the land to build residential,” said Weisz. “Office product stock in the county has diminished significantly over the past decade, by about 6 to 7 million square feet. And that [square] footage has basically been demolished or repurposed into multifamily or other flexible uses.”

At this point, there seems little question that multifamily supply is set to expand in Westchester, helping to meet the rapidly growing demand.

“There’s an influx of development in Westchester County, and we’re going to see new deliveries coming online in 2022 and 2023,” said Graziose. “But what we’ve seen over the last two years, and forecast into the next two, is that while new deliveries coming online are going to increase, we’re seeing vacancy rates remaining the same at around 3 to 6 percent. This tells us that there’s demand in the market for all this new product.”

Looking at it from the opposite side, Westchester is hot and having a moment, with enough supply coming online in the next few years to help meet an overflowing demand.

“The issue has always been that it was hard to find more affordable places to live within the county,” said Weisz. “Now, with the multifamily that’s been built and the multifamily that will be coming online in the coming years, we’ll be able to house a lot of people who wanted to live in Westchester but couldn’t. I think that’s going to help all sectors of the market.”