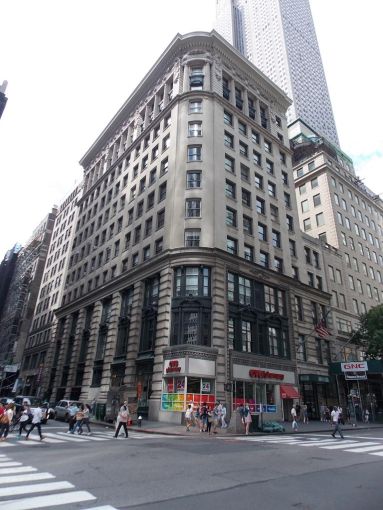 Trident Group, one of the largest manufacturers of terry cloths and bedsheets, will move its U.S. headquarters to 320 Fifth Avenue, brokers on the deal said.

The India-based company signed a 10-year lease for 10,150 square feet on the entire eighth floor of the 12-story building between West 32nd and West 33rd streets, according to landlord brokers Resolution Real Estate Partners. Resolution could not provide the asking rent.

Trident — which makes textiles for brands, including Ralph Lauren, IKEA and Macy’s — currently has space nearby at 295 Fifth Avenue and plans to move to its new digs in the fall.

Jonata Dayan and Brett Weiss of Resolution represented the landlord, Brause Realty, in the deal, while Savills’ Evan Margolin handled it for Trident.

“The owner’s forward-thinking initiatives, combined with immersive virtual tours and promotion on social media, allowed 320 Fifth Avenue to remain successful throughout the pandemic,” Dayan said in a statement. “The building’s central location, high ceilings and move-in ready pre-built spaces will continue to attract a diverse tenant mix as more offices and showrooms reopen.”

It will join other tenants, such as housewares company Home Expressions, home textile company Ramallah Trading Co. and real estate company GRJ, in the 120,000-square-foot 320 Fifth.

The deal started pre-COVID, stalled during the heart of the pandemic and was resurrected in late 2020 as Trident remained focused on moving their showroom to 320 Fifth Avenue,” Margolin said in a statement. “The Brause Family was a terrific counterparty and agreed to revised terms that more accurately reflected the current state of the market, as well as building the space to suit Trident’s needs.”

Update: This story has been updated to add a comment from Evan Margolin.