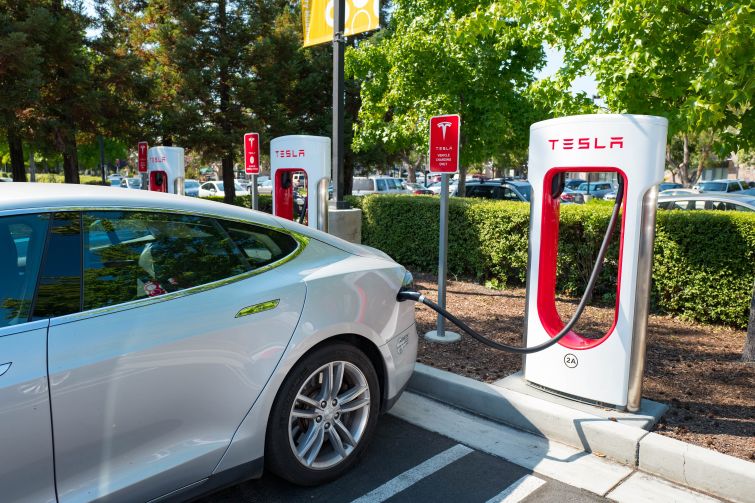 Tesla drivers may soon have a new way to multitask while charging their vehicles.

In January 2018, Musk tweeted that he planned to open an “old-school drive-in, roller skates & rock restaurant” at one of Tesla’s new Los Angeles supercharger stations. Two months later, Tesla applied for permits to build a restaurant and supercharger station in Santa Monica, Calif., with the application’s status unknown.

The Tesla press office did not immediately respond for comment on the trademark application and where it is eying drive-in charging locations.

A drive-in, restaurant-charging concept would build upon other companies who have added supercharger stations at retail properties, such as Simon Property Group and Volkswagen’s Electrify America. Grocery chains Trader Joe’s and Whole Foods have also installed charging stations at some of their locations.