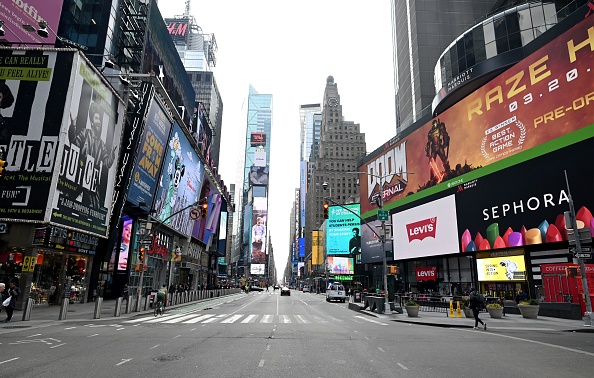 Asking retail rents have declined in 16 of 17 retail corridors in Manhattan, more than a year after the coronavirus pandemic first hit the Big Apple, according to a new report from the Real Estate Board of New York (REBNY).

The most dramatic declines came in areas reliant on tourists and daytime commuters, such as in SoHo, where rents fell 37 percent year over year, while areas with residential populations held up better, according to REBNY’s spring 2021 retail report. And Manhattan isn’t alone in the decline — retail rents declined in Brooklyn as well, per a previous report.

More residential areas did not see the steep declines of tourist centers. In fact, on the Upper West Side, rents remained flat. Asking rent on Broadway between 72nd and 86th streets remained at $240 per square foot year over year. The Upper East Side saw asking rents on East 86th Street between Lexington and Second avenues decline 8 percent.

Even for the harder hit areas, REBNY pointed out that a pandemic recovery is underway. With New York City high vaccination rates and hotel occupancy rising, the report was cautiously optimistic. New York state has already reached a 70 percent vaccination rate, according to Gov. Andrew Cuomo. With recovery on the horizon, REBNY’s report said retail tenants are looking for more favorable leases and flexibility.

“The retail market’s adjustments over the past year provide new windows of opportunity for the industry, from introducing new retailers to the market to the use of creative lease agreements and rent concessions,” REBNY President James Whelan said in a statement. “Now as COVID-19 restrictions ease and the City comes back to life, there is a real sense of optimism that we will see an accelerating recovery throughout the retail market in the coming months.”

REBNY also pointed to a return to office work as important to the retail market’s recovery.

“The data also indicates the importance of ensuring that office workers return to their workplaces and the City do [sic] more to attract tourists back to New York to generate foot traffic that supports retail businesses,” the report noted.

“The retail market is entering a very exciting time after a long, unexpected pause,” Jeffrey Roseman, a vice chairman in Newmark‘s retail division, said in a statement. “The combination of favorable leasing rates, a host of creative new retailers and restaurants, and a true pent-up demand for people to go out and shop will bode very well for New York City’s retail market.”