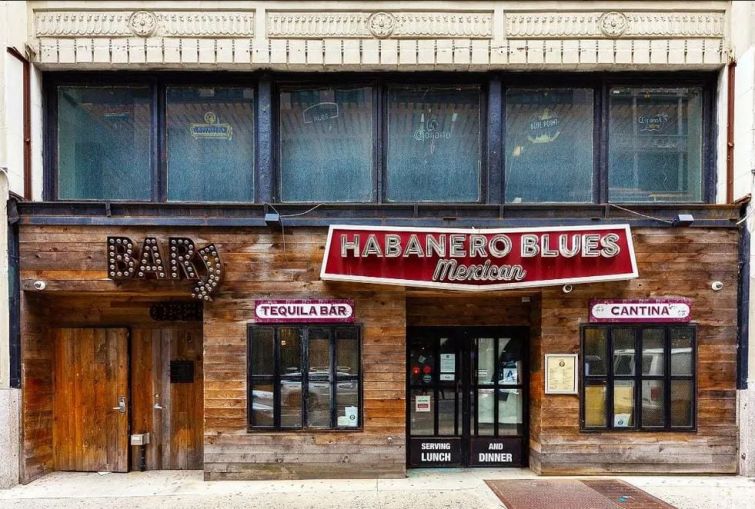 Cabrera signed a 10-year lease for 15,000 square feet at the building between Fifth Avenue and Avenue of the Americas for the currently unnamed spot, according to brokers from Meridian Retail Leasing. The asking rent was $780,000 a year.

The spot will be a Latin eatery and lounge by day — with tropical cocktails and a sushi bar — and turn into a full-service club at night, Meridian said. It plans to open in six months.

Cabrera made his name with the Dominican restaurant, La Casa Del Mofongo, which has two locations in New York and one in New Jersey, hosting large Latin concerts and festivals in spots like Madison Square Garden and Yankee Stadium.

“The unique layout and central location of the space made it initially attractive to many potential tenants, but there are many complexities to a deal of this size for a restaurant or bar,” Meridian’s John Roesch said in a statement. “There are only a handful of operators who were equipped and experienced enough to make this space work and we are confident that we found the right person.”

Roesch represented the tenant and landlord, Broadway 36 Realty, along with colleagues James Famularo and Kevin Bisconti.

Cabrera won’t be the first person to attempt to open a nightclub at the 29 West 36th retail space. It previously housed showrooms, but became the ill-fated District 36 club, which closed in 2012 after just two years when a patron died inside, DNAinfo reported.

Manchester, England, chain Sankeys opened a New York City outpost in 2013 at the spot — after three years of trying to find a location in the city — but eventually closed. The location most recently housed the Mexican restaurant Habanero Blues.

The nightclub industry went dark during COVID-19 — with many struggling to survive and famed spots like the East Village’s Pyramid Club closing for good — but clubs have started to reopen in recent weeks, as Gov. Andrew Cuomo eased restrictions once the state cleared the 70 percent vaccination threshold.