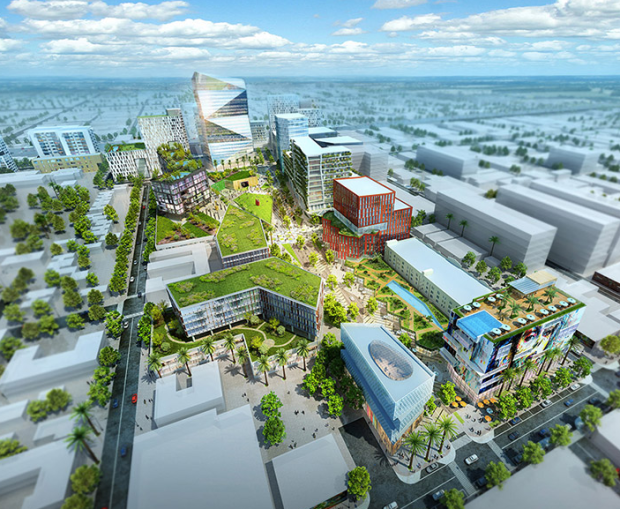 Two big names in urban development are teaming up in Miami.

Mana Common, led by developer Moishe Mana, has tapped Google sister company Sidewalk Labs to design and plan the master infrastructure of its 24-acre development in Wynwood, the developer announced.

With the goal of combating climate change, the urban-focused tech company, controlled by Google’s parent company Alphabet, will advise Mana on how to reduce carbon emissions and landfill waste, improve access to transportation and implement digital parking tools.

“By working with Sidewalk Labs, we’re confident that we can increase sustainability, innovation, and equity in Miami,” said CEO Moishe Mana in prepared remarks.

The development called Mana Wynwood begins at the southern tip of Wynwood’s warehouse district from NW 2nd Avenue to I-95 highway, between NW 22nd Street and NW 24th Street.

While Mana Common plans to create an art and entertainment hub, the developer has stayed mum on specifics so far. Much of the site remains undeveloped. Only its convention center is operational.

But, even in its nascent stage, the mixed-use development is making waves. Earlier this month, the Mana Wynwood Convention Center hosted the Bitcoin 2021 conference, one of the largest gatherings since the pandemic hit, drawing as many as 50,000 attendees and visitors.

In his own right, Mana is one of the largest private property owners in South Florida. In and around Miami’s Flagler Street, the developer owns 50 buildings, purchased for an estimated $370 million at the least, and plans to create a tech hub.

The partnership marks Sidewalk Labs’ return after its debacle in Toronto. In the wake of the pandemic, the tech company backed out of a high-profile, billion-dollar “smart city” project to redevelop 12 acres of Toronto’s waterfront in May 2020. Long before the pandemic, locals had criticized Sidewalk Labs’ lack of transparency over its redevelopment plans, as well as concerns over privacy, The Verge reported.