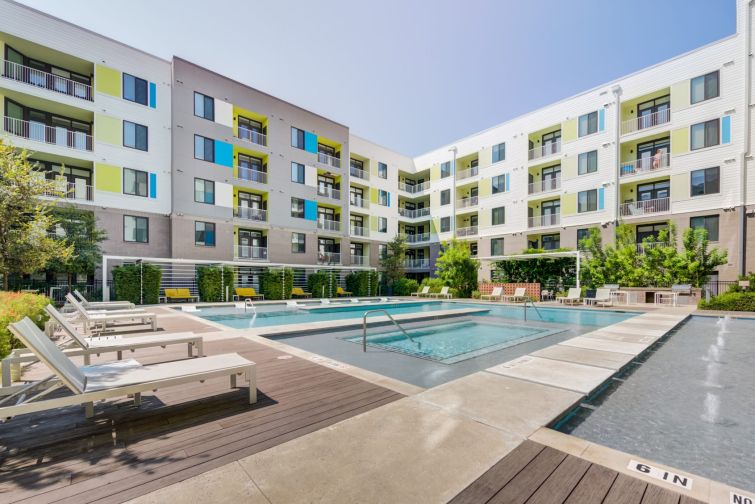 Mesa West Capital is providing a $40 million, first-mortgage debt package to SPI Advisory for the developer’s acquisition of an apartment complex in Austin, Texas, the lender announced Monday.

The five-year, floating-rate loan will help facilitate the redevelopment of the 309-unit Elan Parkside, which is part of the larger-scale Highland master plan, mixed-use project now under construction at the site of a shuttered regional mall. Andy Scott and Michael Cosby in the Dallas office of JLL Capital Markets arranged the financing.

The financing adds to more than $300 million in debt across seven multifamily assets that Mesa West has spearheaded in the Austin metropolitan region over the past two years. Mesa West Vice President Brian Hirsh led the origination team out of the private portfolio lender’s Chicago office.

“While the pandemic has introduced some instability to the Austin apartment market similar to many other metro areas, we believe the [metropolitan statistical area] is still poised to be a long-term winner,” Hirsh said in a statement. “Elan Parkside’s desirable central Austin location and institutional asset quality make it a great addition to our growing Texas loan portfolio.”

SPI acquired Elan Parkside for an undisclosed price from Greystar in early June after working on the transaction since January. Patton Jones of Newmark brokered the deal.

“The overall Austin market has firmed up quite a bit year-to-date and we’re seeing tremendous occupancy growth,” said Michael Becker, a principal at SPI. “We’re very bullish on Austin.”

Located at 609 Clayton Lane in central Austin, the six-story, Elan Parkside property features a mix of studio, one- and two-bedroom floor plans and approximately 5,500 square feet of ground level retail space. Common area amenities include a four-level parking garage, swimming pool, aquatic plaza, 24-hour fitness center, outdoor courtyard with fireplaces, fountains, two-level clubhouse with a business center, bike storage and an outdoor kitchen. The complex, which was first developed by Greystar in 2017, was 97 percent leased at closing, compared to the high 80s when negotiations to purchase it began, according to Becker.