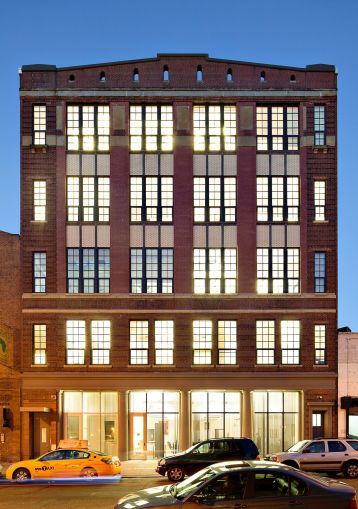 Graham Windham is staying put at the Sweets Building.

Asking rents for the original lease were $62 per square foot, and the new lease will run through June 30, 2025. The deal for the full-floor renewal was finalized on April 23.

“Providing strategic spaces for nonprofits is a cornerstone of the Manhattanville Factory District,” Jerry Salama, a principal at the landlord, said in a statement. “Graham Windham’s commitment to serving the community, especially recently during the pandemic, has been inspiring. We look forward to extending our relationship and continuing to help their organization succeed in its mission of serving New York’s families.”

Graham Windham chose to stay at the 423 West 127th Street property because of its convenient location in West Harlem, according to a representative from Janus Property Company.

“We have deep roots in West Harlem, and the Manhattanville Factory District continues to serve as a major facilitator for our community operations in the Area,” Kimberly Watson, president and COO of Graham Windham, said in a statement.

Graham Windham, founded as an orphanage by a group of women that included Elizabeth Schuyler Hamilton, provides family counseling, after-school academic support, health services and other programs for children.