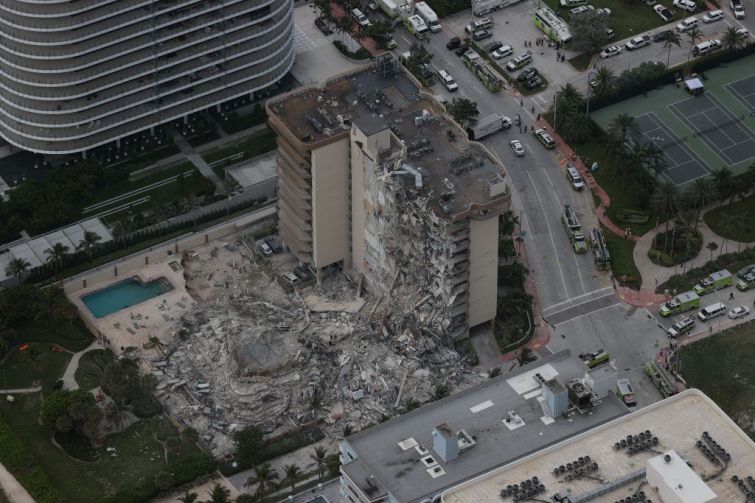 Before Champlain Towers South in Surfside, Fla., became the site of one the deadliest building accidents in U.S. history, its condos were in high demand.

Six days before the tragedy, a three-bedroom, ninth-floor apartment with ocean views closed for $710,000, the broker for the sale confirmed. Three floors up, a 4,500-square-foot penthouse closed for $2.8 million just a month ago.

Amidst a sizzling condo market, Champlain Towers South enjoyed a banner first six months of 2021: eight of its apartments were sold. That’s more than in 2020 and 2019 respectively, according to property records and MLS data. And that’s despite the fact that buyers were aware that repairs were needed at the property.

The building’s aging condition didn’t deter buyers. Down the hall from 508, an elderly couple from New York bought a two-bedroom unit for $750,000 in May 2020, despite the apartment’s balcony having a cracked slab, said Luciana Bacolla, the broker who represented them.

The couple were told that the building was about to begin a compulsory safety inspection for buildings over 40 years old and would undertake a $15 million renovation, the agent added. The pair agreed to pay $112,000 in special assessment fees. (They were not inside the tower when it fell.)

While the agent acknowledged that the assessment was “high”, she didn’t think it was cause for concern, never imagining that the building would collapse. “You never think something like this can happen here in this country with all the rules,” said the broker, who’s originally from Argentina.

Champlain Tower South’s skyrocketing prices are part of the larger trend in South Florida, which is undergoing an explosive condo boom.  Thanks to the state’s low income taxes, a wave of business relocations, and year-round warm weather, housing has soared. Buyers are abundant, and developers can’t seem to build new condos fast enough.

In Miami-Dade County, average sale prices for condos jumped to $701,104 in the last year, increasing by $283,360 between May 2021 and a year prior, according to data compiled by ONE Sotheby’s International Realty. “March, April, and May were the three highest monthly sale totals since at least 2015,” the report noted.

In this hot market, Surfside is a sought-after town. Situated north of Miami Beach, the wealthy community offers a peaceful refuge from the hustle and bustle of the city. Champlain occupies a prized location along the iconic Collins Avenue overlooking the ocean. Earlier this year, former White House advisors Ivanka Trump and Jared Kushner rented a unit at Arte, a block away, one of the most expensive condo buildings in the Miami area.

Surfside’s real estate fortune may be turning. Bacolla has an apartment for sale a few blocks north of Champlain Towers South at 9499 Collins Avenue. Before the accident, she was confident the unit would sell in the near future. But, since Thursday, potential buyers have canceled showings.

“I understand,” Bacolla said. “Everybody’s thinking about people under the rubble.”