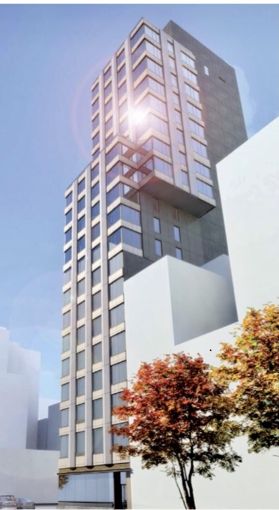 The loan will help erect a 20-story, 90,000-square-foot, multifamily mixed-use project with 108 units and a passive house design at 202 East 23rd Street, between Second and Third avenues in Manhattan.

The development — to be built under New York’s 421a affordable housing program — will sport a mix of studio, one- and two-bedroom residences, 80 of which will be market-rate and 28 of which will be designated as affordable housing units, according to JLL. The passive house design deployed by Hill West Architects is geared to allow for the project to be substantially energy efficient, providing good air quality and climate control measures.

There will also be a number of amenities and amenity spaces on-site, such as bicycle storage, in-unit laundry, a fitness center, a package room, a tenant lounge, coworking space, and a roof deck and lounge on the 20th floor.

“We are thrilled to be developing an environmentally friendly project in the heart of the most prestigious neighborhood in New York City — Gramercy,” said Samy Mahfar, a co-founder and managing principal at SMA. “We believe passive house and environmentally conscious developments are the way of the future. This is our fourth residential ground-up project consisting of an affordable component in New York, but the first eco-friendly to passive house standard.”

SMA is building the project on two neighboring lots, with about 100 feet of street frontage along East 23rd Street and 47 feet of frontage along Third Avenue, which provides a nice launching point for the development’s planned ground-floor retail space.

In April 2020, amid the depths of the pandemic, it was reported that two three-story buildings on the two lots at the southern corner of Third Avenue and East 23rd Street had been boarded up and prepped for demolition.

The location of the property, nestled in Midtown South, is proximate to a bevy of subway lines that provide direct access to the rest of Manhattan and a few of the outer boroughs.

“This property combines distinct architectural elements and passive house features that will prove to be remarkably comfortable for residents, in addition to being highly energy efficient,” Pariser said.